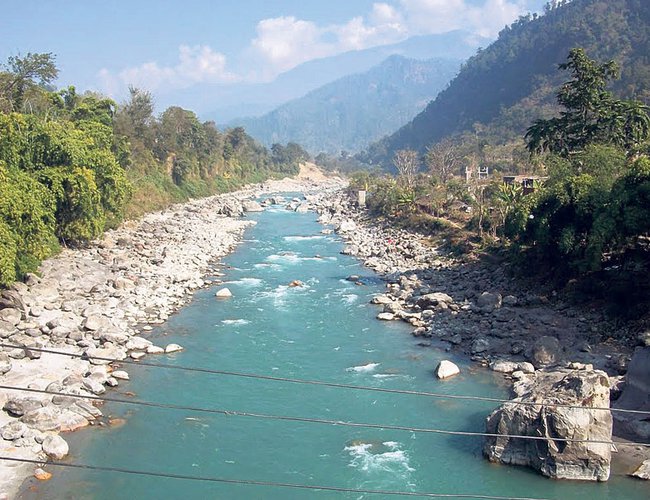 With her persistent efforts over the last 14 months, Minister of Energy, Water Resources and Irrigation Pampha Bhusal is able to register a new company at the Office of the Company Registrar to construct the multi-purpose Budhigandaki Hydropower Project.

“This is one of the significant achievements of my tenure as a Ministry of Energy. After several hurdles, complex process, we are able to end the uncertainty of the future of the project,” told Minister Bhusal to New Spotlight. “Nepal’s largest multi-purpose project will be completed in 10 ten years.”

Delayed for several years because of changes in the government and cancellation of one contract after another, Minister Bhusal has decided to construct the project under a government-owned company to build 1200 MW hydropower project.

The government registered 'Budhigandaki Jalbidhyut Company Limited' on Friday to build the 1,200 MW hydro project in domestic investment, according to the Ministry of Energy, Water Resources and Irrigation.

A cabinet meeting held in April this year endorsed the Energy Ministry‘s proposal to establish a public company and generate funds internally for the construction of the project.

A few months back, the government decided to take away the Budhigandaki reservoir project from China Gezhouba Group Company Limited and proceed with the construction of the project by setting up the company itself.

The government has finally set up its own company for the construction of the project, breaking the long-standing dispute over whether to let India or China build it.

The per share price is Rs. 100 and has been divided into 200 million units of ordinary shares. The capital agreed to be paid immediately by the founders of the company will be Rs.16 billion.

The Ministry of Energy, Water Resources and Irrigation will have 50 percent, the Ministry of Finance 30 percent and Nepal Electricity Authority 20 percent ownership of Rs. 16 billion.

Founder shares of the company may not be sold or mortgaged for five years from the date of commencement of business. However, this provision will not hinder the addition of new founders by changing the existing share structures.

The Company will carry out a survey, study, exploration, monitoring and evaluation of the project, approve the cost estimate of the project and receive loans and grants from the government of Nepal and domestic or foreign organizations for the development, construction and operation of other structures related to power generation.