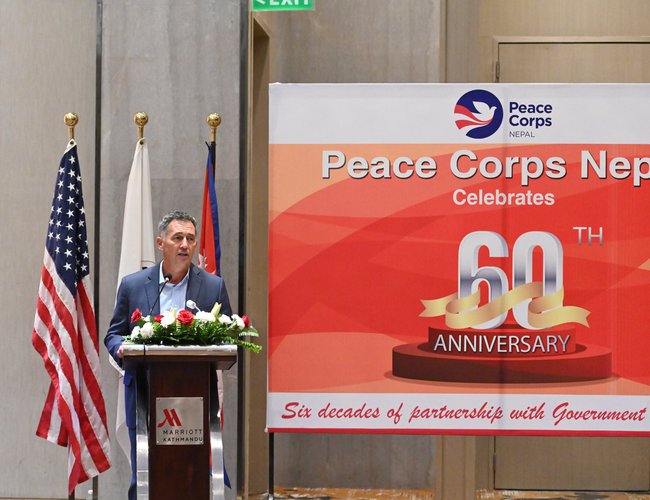 Peace Corps Celebrated The 60th anniversary of the first group of volunteers arrived in Kathmandu.

According to the U.S. Embassy FaceBook Page, this month, the Peace Corps is celebrating the 60th anniversary of the first group of Volunteers’ arrival in Kathmandu in September 1962. Since then, thousands of Americans and Nepalis have worked together to create lasting change and achieve the Peace Corps mission - to promote world peace and friendship. Congratulations Peace Corps on this historic anniversary!

“Happy Anniversary Peace Corps! 60 yrs ago, Nepali families & communities welcomed the first Peace Corps Volunteers (PCVs) where they formed lasting bonds. Wherever I go I hear stories of PCVs & the good they brought to their communities. Do you have a story to share?,” tweets U.S. Ambassador to Nepal Randy Berry.