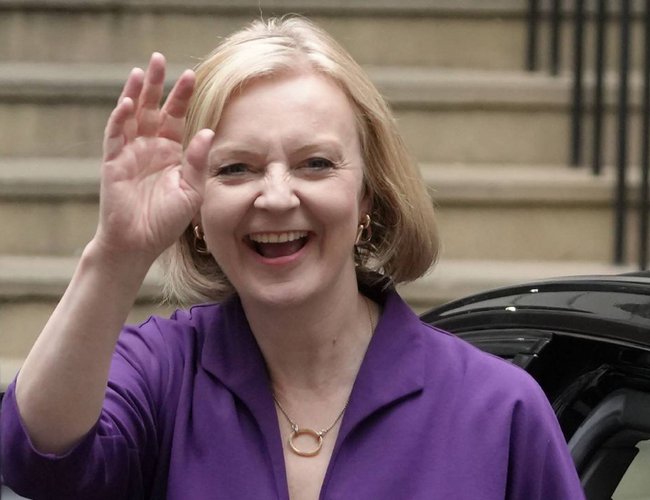 Britain's Foreign Secretary Liz Truss has been elected to lead the country's governing Conservative party. She is set to replace Boris Johnson as prime minister.

Voting took place for a new party leader following Johnson's announcement in July that he would step down after a series of scandals.

Party members across the country had cast their ballots by mail or online.

Truss was announced the winner on Monday in London. She won 81,326 votes, leading former Chancellor of the Exchequer Rishi Sunak by a large margin. Sunak had 60,399 votes.

Truss, who is 47 years old, was first elected to the House of Commons in 2010. She served in multiple ministerial posts, including for environment and justice. As the international trade secretary of Johnson's government, she signed an economic partnership agreement with Japan in 2020.

Truss became foreign secretary in September last year. She stood firm against Russia and in support of Ukraine, imposing sanctions on Moscow as soon as it was moving forces ahead of the invasion.

Truss is expected to face serious challenges to steer the country amid record-level inflation and the prolonged Ukrainian crisis. Britain's inflation rate has exceeded 10 percent. People are suffering from energy and food price hikes, and workers in various industries are staging strikes to demand pay raises.

Truss will take office as Britain's new prime minister on Tuesday. She will be the third woman to take up the post, following Margaret Thatcher and Theresa May.