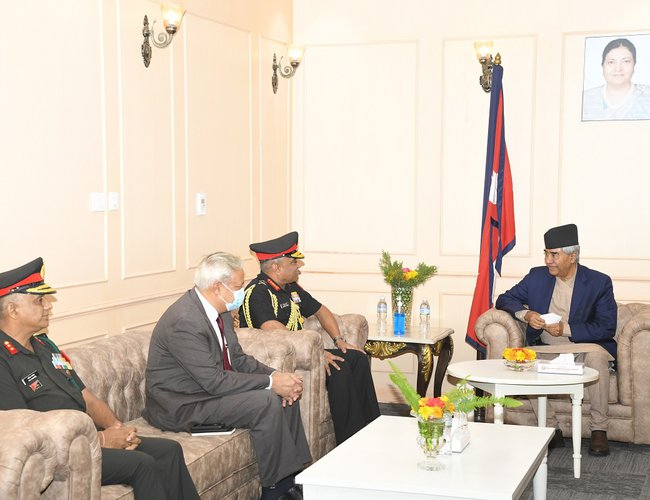 General Pande is on a five-day visit to Nepal at the invitation of Nepali Army Chief Prabhu Ram Sharma.

General Pande is scheduled to visit Muktinath Temple on Wednesday while he will also visit the headquarters of the NA’s Mid Command in Pokhara.