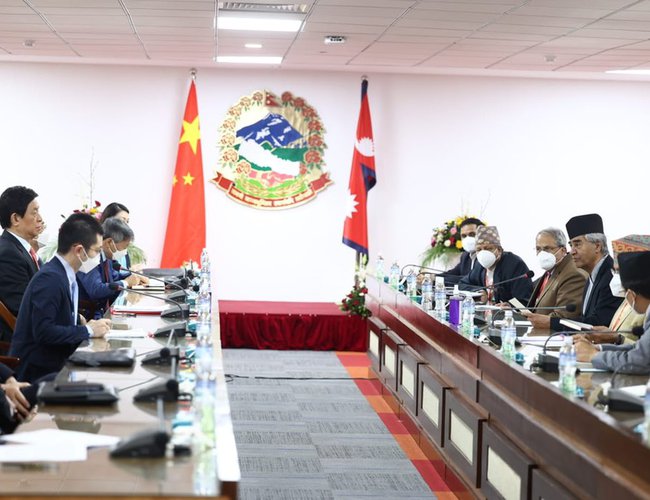 Li Zhanshu, Chairman of the Standing Committee of the National People’s Congress of the People’s Republic of China called on Prime Minister Sher Bahadur Deuba at Singha Durbar this afternoon.

During the meeting, the two dignitaries discussed wide-ranging matters of mutual interest between the two countries including bilateral trade, investment, connectivity, return of Nepali students to China, resumption of passenger flights, and reopening of border ports, among others. The Chinese side appreciated Nepal for its stand on the One China policy and its commitment not to allow the Nepali territory to be used against the core interests of China. 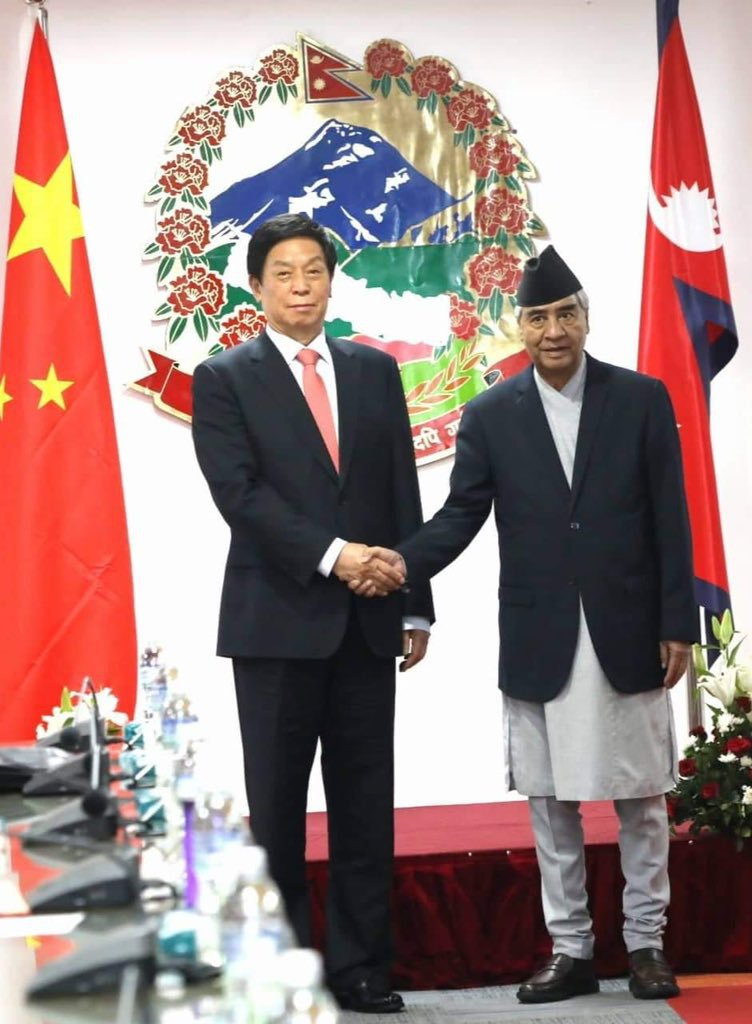 Prime Minister Deuba appreciated China for its continued support of Nepal’s development endeavors over the years. On the occasion, chairman Li assured the. Prime Minister said that China will reopen the border ports shortly after controlling Covid-19 cases in Tibet while facilitating the passage of containers carrying goods and supplies for upcoming festivities in Nepal.

The Chinese delegation informed that it will step up efforts to implement Chinese-assisted projects in Nepal. In response to Nepal’s request, the Chinese side agreed to take proactive efforts to support Nepal’s smooth and sustainable graduation from the LDC status.

Earlier this morning, chairman Li Zhanshu held a meeting with Ganesh Prasad Timilsina, Chairperson of the National Assembly of the Federal Parliament of Nepal. Various matters of Nepal-China relations including the inter-parliamentary exchanges and cooperation were discussed on the occasion.

In the afternoon, Dr. Narayan Khadka, Minister for Foreign Affairs also paid a courtesy call on the chairman. Li Zhanshu. During the call on, the two sides exchanged views on various aspects of Nepal-China relations.