After launching a successful campaign at the provincial level in Province 1, NPC and CCA launched a second campaign in collaboration with Birgunj Metropolitan City (BMC) of Madhesh Province 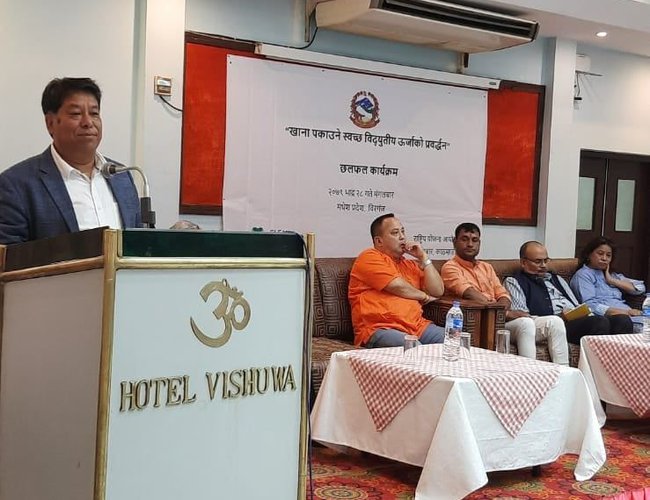 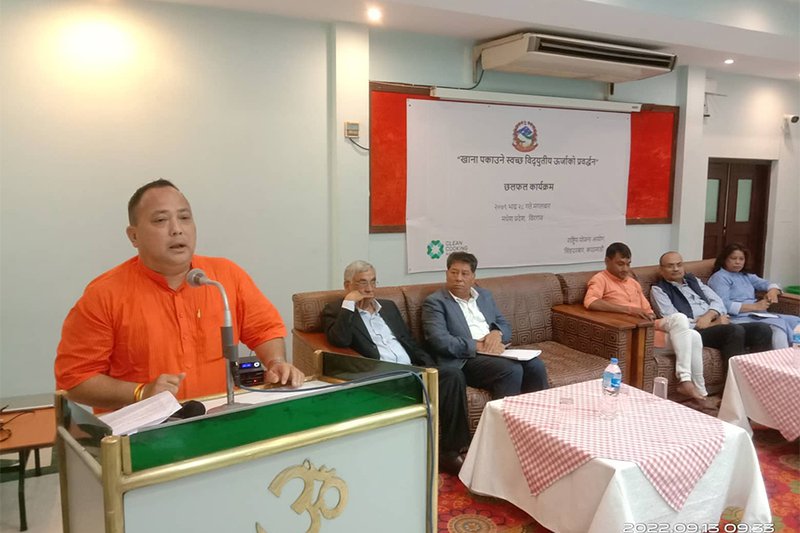 Started campaign from the provincial level at Province 1 in Biratnagar on September 11, NPC and CCA organized a workshop to promote at the municipal government level.

Addressing the workshop, NPC member Professor Dr. Karna said that the participation of local government is of high importance in the transition of energy from fossil fuel to clean energy as Nepal committed through SDG and National Determined Commitment. He stated that in the end, we will reach to eCooking at our kitchen, it may take a few more years from using wood to LPG to eCooking stoves.

Addressing the workshop as a chief guest, BMC Mayor Rajeshman Singh said that the power supply of Birgunj is like a ‘disco light’.

Speaking at the discussion program on ‘Promoting clean electric energy for cooking, he said that the problem of electricity should be solved first.

Mayor of BMC Rajesh Man Sing said that the prerequisite for the promotion of electric cooking is to ensure an uninterrupted supply of reliable electricity. Only after this, we will be able to increase the electric cooking devices including inductions, and electric cookers.

He said that Birgunj is still facing frequent power cuts. “Powers are cut almost a dozen times every day. Along with promoting eCooking, I have been making efforts to ensure a quality power supply. I have already talked with NEA MD Kul Man Ghising regarding improving the quality of the power supply.”

“As poor people living in the BMC have been getting 50 units of free electricity including 30 unit by BMC and 20 Units by the Federal Government, it is easy to promote eCooking in my area,” said mayor Singh 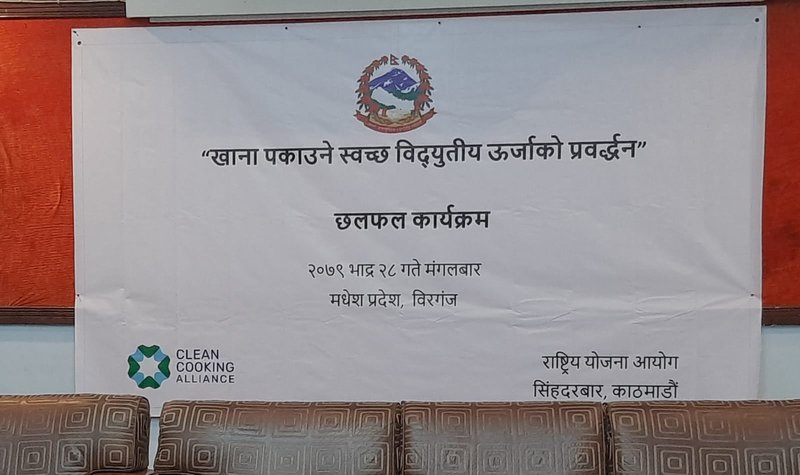 Mayor Singh expressed his commitment to taking the necessary steps to support this promotion campaign. “We will provide support as much as possible to make the campaign successful,” said Mayor Singh.

“LPG gas should be replaced, that is a positive. However, it is not possible to promote eCooking without regular and interrupted power supply. Till the power supply problem is not solved, there is no point in promoting electric cooking,” said Singh.

Stating that he had heard since childhood that Nepal has 83,000 MW electricity generation capacities, he said that it is sad to live in the shadow of frequent power cuts.

He said that only after the problem of a power cut is resolved; its benefit can be taken. “Till the guarantee of regular and quality supply of electricity, there should be a cylinder on the side of the kitchen as an alternative.” 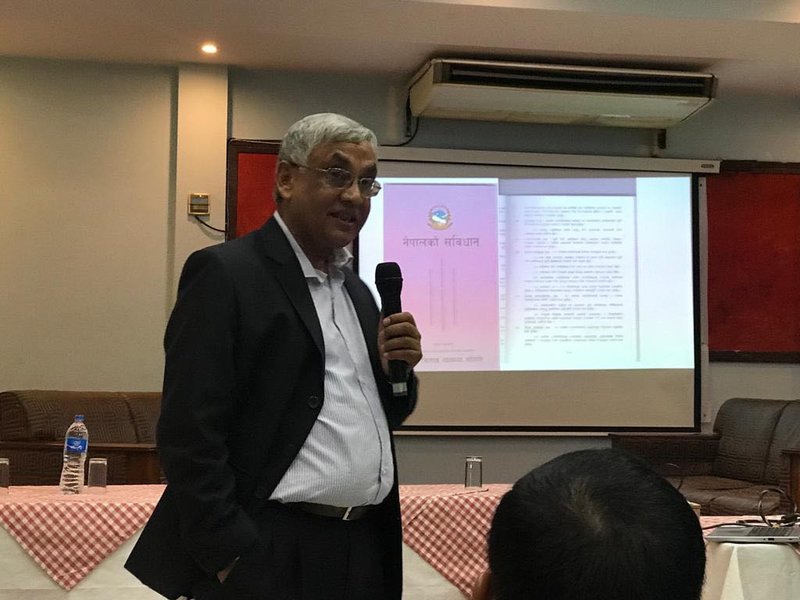 “The aim of Clean Cooking Promotional Campaign is to generate awareness among the common people and to ensure the implementation of policies and programs of federal, provincial and local governments aiming to reduce the use of LPG and promote electricity in cooking,” said Karuna Bajracharya, Country Manager of Clean Cooking Alliance (CCA) in Nepal. 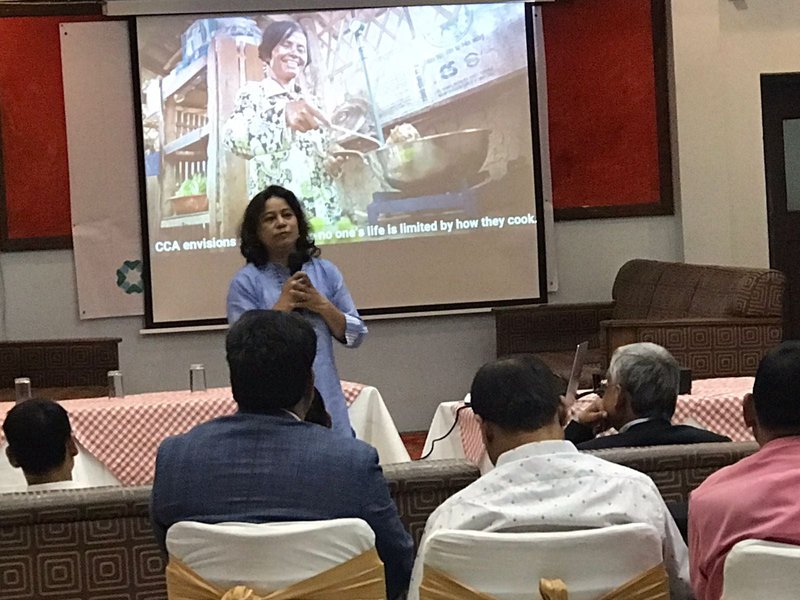 Bajracharya said that CCA and Alternative Energy Promotion Center (AEPC) have been working to finalize the Country Action plan that identifies strategies to create enabling environment by observing the demand and supply situation. The Country Action Plan aims to meet the target for clean energy set of Sustainable Development Goals and Energy targets of the government of Nepal. The Action Plan also aims to gradually reduce the use of LPG replacing it with electric cooking devices. She also said that the action plan will also promote biogas and other clean cooking fuels to replace the use of wood for cooking in rural areas. 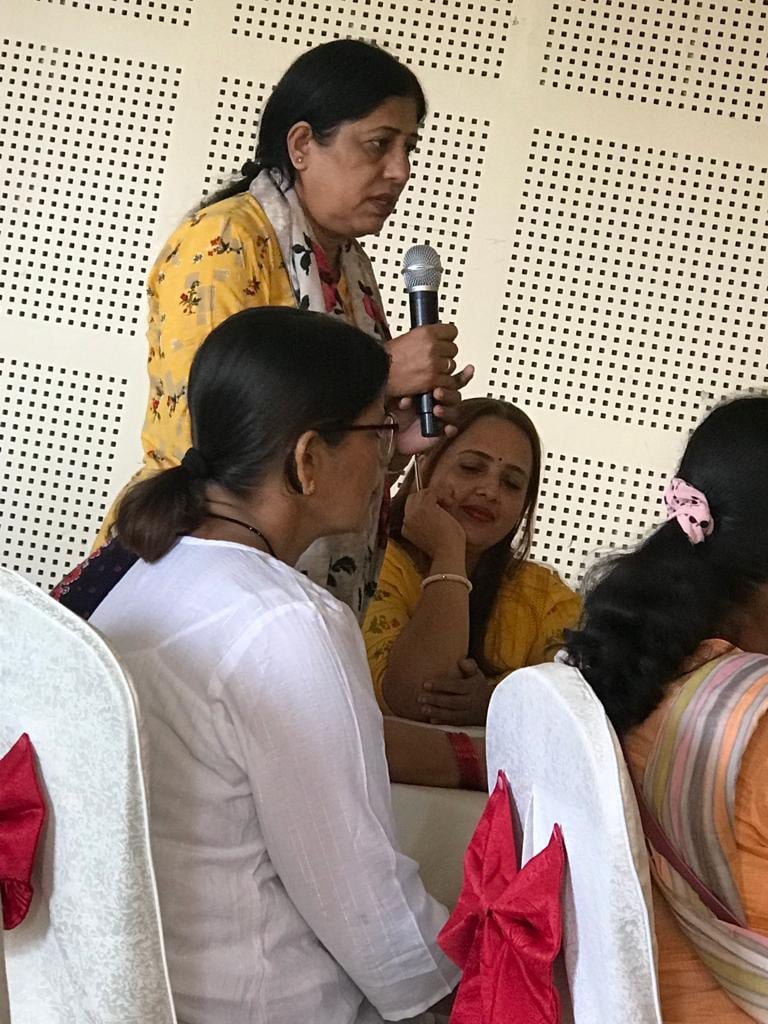 Addressing the workshop Mohan Dash Manandhar, policy analysis and Executive Director of Niti Foundation, said that the local government needs to lead the campaign encouraging people to purchase electric cooking devices to reduce the use of LPG instead of waiting for the announcement of subsidy from the Federal Government. He said that the cost of using electric cooking devices is much cheaper and healthier than other fuels. He said that eCooking is beneficial to people.

He said that the use of eCooking has many benefits as it reduces cost, and help reduce the foreign currency used for import of LPG. “Given the current state of surplus electricity generation, there will be an electricity to use in cooking, and reduce dependency on import of LPG”. 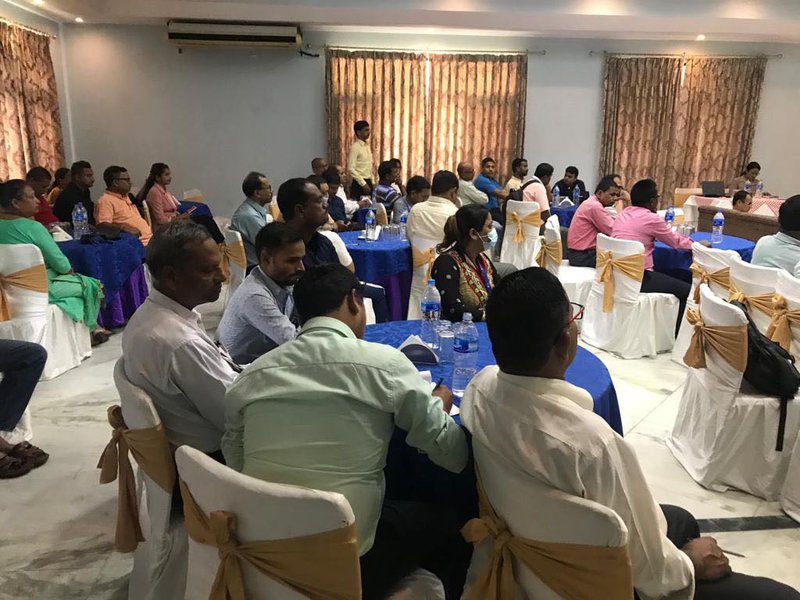 Manandhar said that the local government needs to work in three areas those include promotion of eCooking providing subsidies for poor families, providing training to increase the skilled human resources at the local levels for the necessary maintenance of eCooking devices and improving the house wiring system, and support in increasing awareness on quality and standard of the eCooking device. In addition, the federal government needs to provide concessional loans to Nepali business agencies to establish industries to produce electric cooking appliances. Finally, civil society, NGOs, and the private sector should work together with the local government to promote eCooking across households. 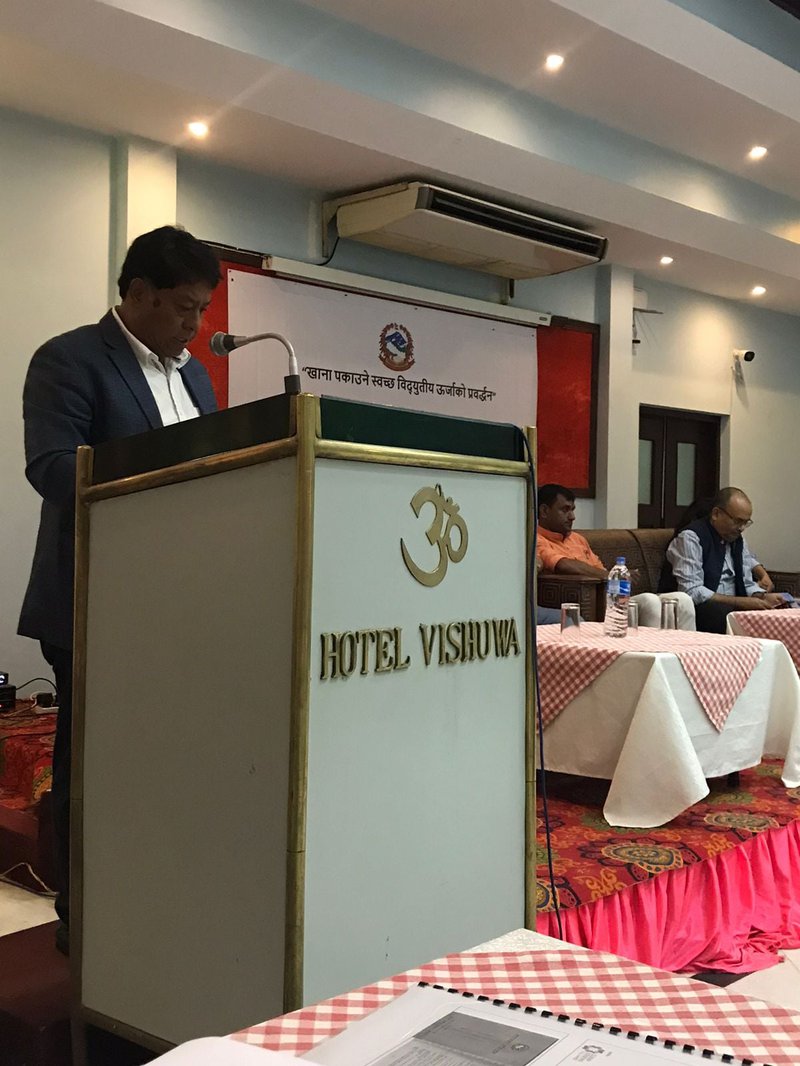 Biju Surestha, joint secretary of the National Planning Commission, said that the promotion of eCooking will ultimately help to increase the consumption of electricity contributing to climate change. 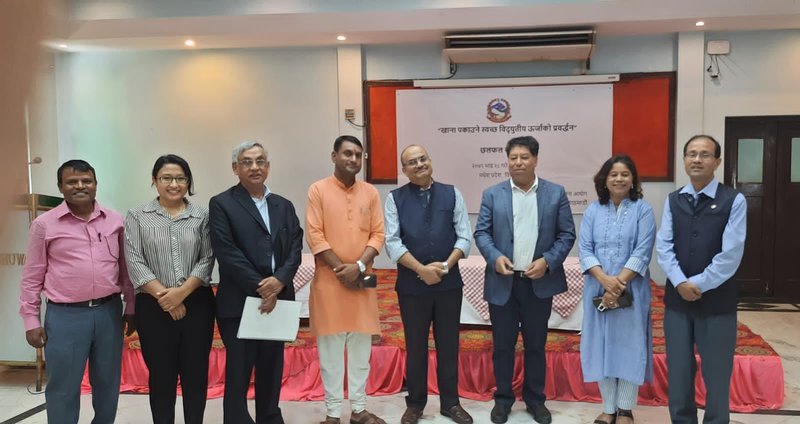 Price Of Petroleum Products Increased By Agencies 1 day, 22 hours ago