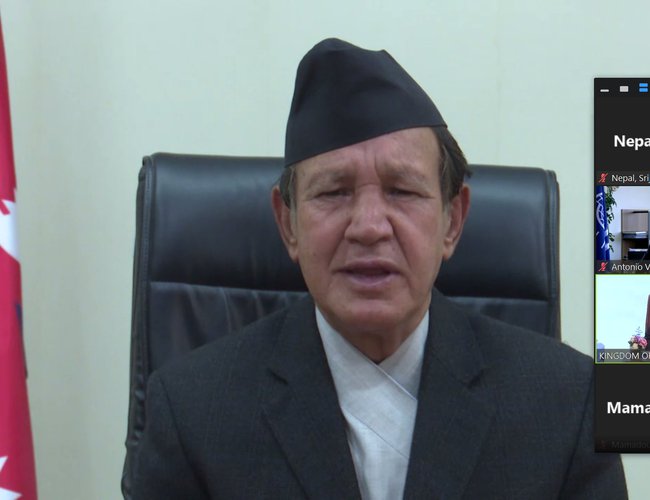 Minister For Foreign Affairs Dr. Narayan Khadka Is Travelling to the United Kingdom tomorrow to attend the State Funeral of Her Majesty Queen Elizabeth II.

During his stay in London, Hon Foreign Minister will attend the Lying-in-State of Her Majesty the Queen and the State Funeral Service, sign the Official Condolence Book at Lancaster House, attend His Majesty the King’s Reception at Buckingham Palace and the reception to be hosted by the Secretary of State for Foreign, Commonwealth and Development Affairs of the United Kingdom.

The Foreign Minister will return to Kathmandu on September 21, 2022.