Vishwakarma Puja 2022: Worshipping The God Of Architect Artisans And Crafts

Vishwakarma Puja 2022: Worshipping The God Of Architect Artisans And Crafts 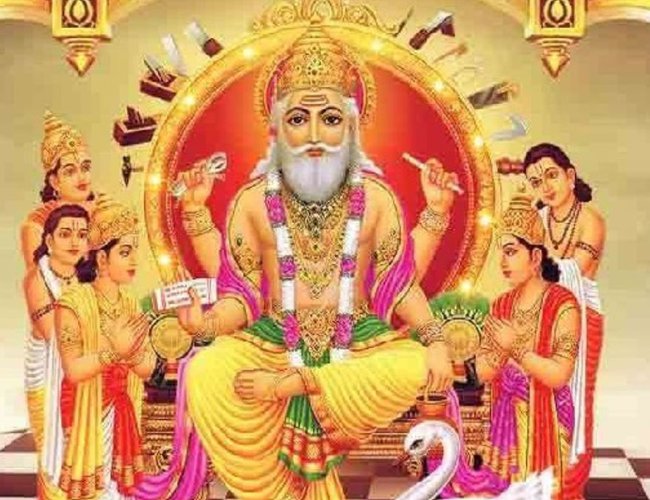 Lord Vishwakarma is a Hindu god who is honoured during the Vishwakarma Puja. He is regarded as the world's architect. It is believed that he built Dwarka, a holy city ruled by Krishna. Additionally, Lord Vishwakarma created a number of divine weapons. According to the Gregorian calendar, Vishwakarma Day is held on September 16 or 17 each year to commemorate the anniversary of Lord Vishwakarma's birth. On the basis of Bisuddha Siddhanta, the day is computed. It is a significant day for artisans and craftspeople all around theNepal And India. After Diwali, the festival is observed in Bihar and a few other northern states.

This year the auspicious time for Vishwakarma Puja will be from 7:36 am to 9:38 pm on September 17.

The occasion is widely celebrated in the states of West Bengal, Odisha, Assam, Tripura, Bihar and Jharkhand. Factory and shop owners conduct puja on this day to seek the blessing of the lord for excellence in their field. Along with the idol of the God Vishwakarma, all the tools and machines are also worshipped.

Hindus pays a humble tribute to the architect of Gods and the God of all the skills.

The deity is referred to as ‘swayambhu’ or the self-manifested in some Hindu scriptures. He is considered as the creator of all material things in the universe and the divine architect of the chariots, palaces and weapons of gods and goddesses. That’s why, Lord Vishwakarma is worshipped by engineers, designers, architects, craftsmen and sculptors every year on Kanya Sankranti.

It is believed that Vishwakarma Ji built the Pushpak Vimana and Swarna Lanka for Ravan, as described in the epic Ramayan. He also created the Dwarka city for Lord Krishna and the Indraprastha for the Pandavas, as per the epic Mahabharat.

Fulpati 2022: Important And Significance By NEW SPOTLIGHT ONLINE 31 minutes ago