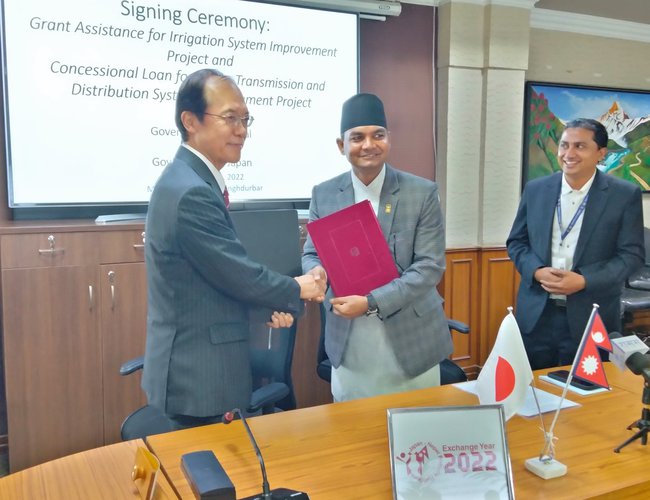 The Government of Japan has decided to extend grant assistance of up to two billion, two hundred and fifty-six million Japanese Yen (¥2,256,000,000), approximately NRs.2.0 billion, for the implementation of the Project for the Improvement of the Rehabilitation of Irrigation System in Eastern Terai Area, and concessional loan assistance of up to the amount of fifteen billion, nine hundred and one million yen (¥15,901,000,000), approximately NRs.14.2 billion, for the Urban Transmission and Distribution System Improvement Project to the Government of Nepal. 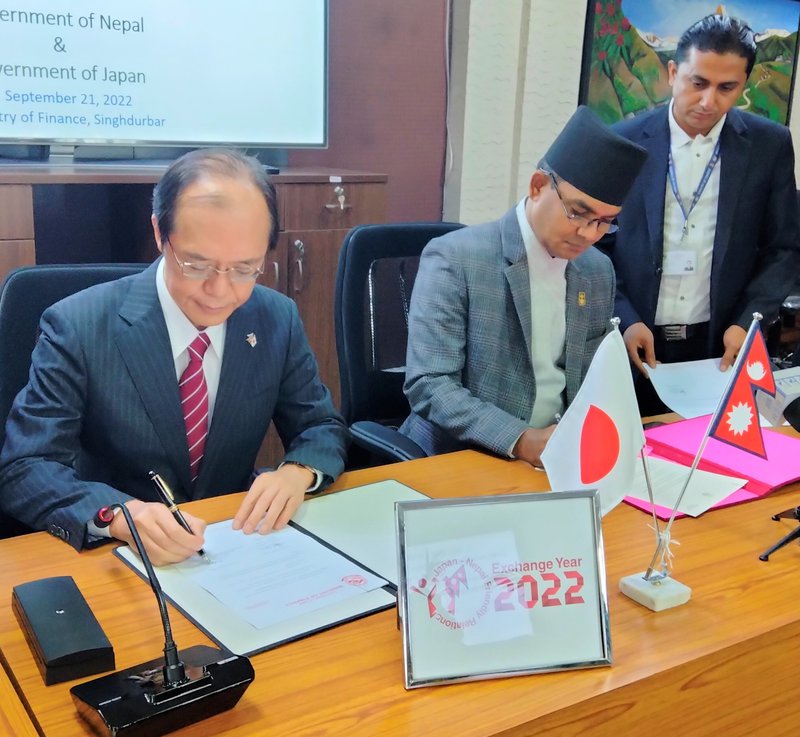 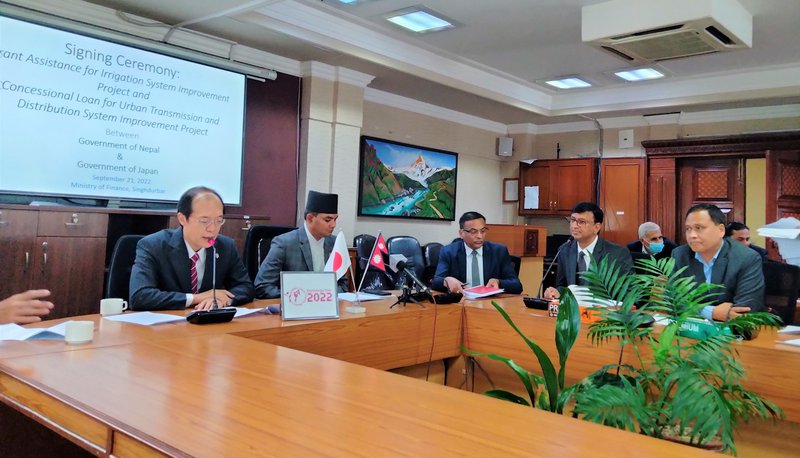 Ambassador KIKUTA further stated that “The year 2022 marks the 120th anniversary since the first eight Nepali students were dispatched to Japan for their studies. The two projects signed in this commemorative year symbolize the friendship between the two countries and will contribute to Nepal's development.”