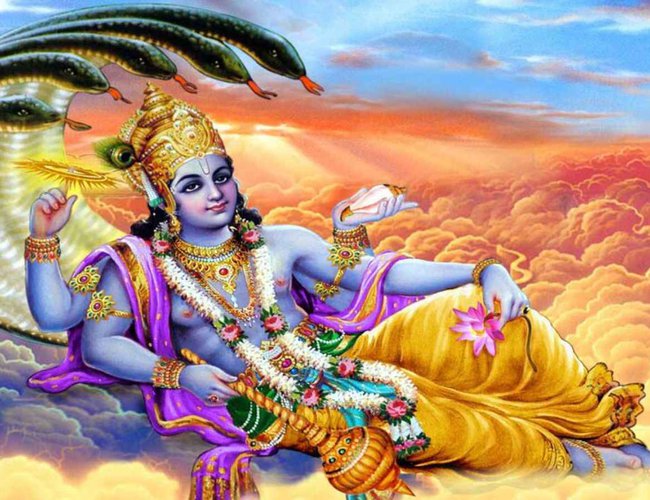 Ekadashi Tithi has a special significance in Sanatan Dharma, and as a result, Ekadashi has been given the title of Vratraj, which means “best of all the fasts,” because it is the best of all the fasts. As its name suggests, Papankusha Ekadashi happens on the day immediately following Dussehra in the Ashwin month of Shukla Paksha. It is celebrated in India on this day. This lucky date will fall on Thursday, Oct 6, 2022. By following the Ekadashi rite to the letter, one is freed from all sins and receives the desired rewards.

The meeting of brother Bharat with Lord Shri Ram took place on this Ekadashi day, the day following Dussehra, during the Treta Yuga. According to the belief, a person can only obtain the fruit he desires by performing severe penance and by worshipping Shri Vishnu, who is believed to be sleeping atop Sheshnag on the day of Papankusha Ekadashi.Nepali Cricketer Sandip Lamichhane To Surrender On Thursday Before His Attorney

In ancient times, a cruel fowler named Krodhan lived on the Vindhya mountain. He was spending his whole life doing bad deeds like violence, drinking, lying, looting, deceit and deceit. As the last moment drew near, he began to see eunuchs, from which he understood that his end was near. Fowler kept killing innocent animals and birds throughout his life, but he was always afraid of his death. Frightened by the fear of death, the cruel Fowler reached the hermitage of Maharishi Angira and started begging her for mercy.

Maharishi Angira took pity on Bahelia and ordered her to observe Papankusha Ekadashi fast. Bahelia fasted on this Ekadashi with full devotion. Due to which all the sins of the Fowler were destroyed and by the grace of God, she attained salvation.

If you fast on Papankusha Ekadashi, it has the same effect as executing a solar sacrifice, according to the Puranas. This day is dedicated to the adoration of Lord Vishnu in his Padmanabha form. With this fast, one gains freedom from the sins of three generations, salvation is achieved, and the negative effects of the moon can be mitigated or even eliminated entirely. Man does not have to suffer the sorrow of Yamlok as a result of keeping this fast, and he is granted a place at the feet of Shri Hari in Baikunth Dham as a consequence of keeping this fast.

The virtuous benefit of this fast is received by the fasting of the fasting mother and 10 ancestors on the father’s side, from Yamalok to Baikunth Dham, who are all present at the time of the fasting mother. The Papankusha Ekadashi fast provides protection against sinful activities. On this day, people should wash in sacred waters and make charitable contributions in accordance with their financial means. Donations and dakshina should be offered to Brahmins on this day, and worship should be done with devotion on this day as well. This helps to maintain the body healthy while also keeping the mind pleased.

One day before Papankusha Ekadashi fast, on the day of Dashami Tithi, eat food before sunrise.

Do not eat food at night on the day of Dashami so that not a single piece of food remains in your stomach on the day of Ekadashi.

Speak as little as possible on Dashami Tithi and Ekadashi Tithi.

Papankusha Ekadashi fasting can be done with Nirjala or with some fruits and vegetables.

Do not eat food on this day.

On the day of Ekadashi, wake up at Brahma Muhurta and take a bath.

After that, take a vow of fast by wearing clean clothes.

Then offer Arghya to Suryadev.

Take a clean seat or track and spread a clean yellow or red cloth on it.

Recite the Sahasranamam of Vishnu ji by worshipping by law.

After worshipping in the evening, listen to the fast story.

Then on the day of Dwadashi, feed Brahmins and give dakshina according to their ability.

After that, have food.

A person who observes Papankusha Ekadasi reaps the considerably larger advantage of entering the abode of the Supreme Personality of Godhead, Vishnu, as a result of his or her efforts. All of his collected sins are destroyed as a result of the Papunkusha Ekadashi fast, and he is granted salvation as a result.