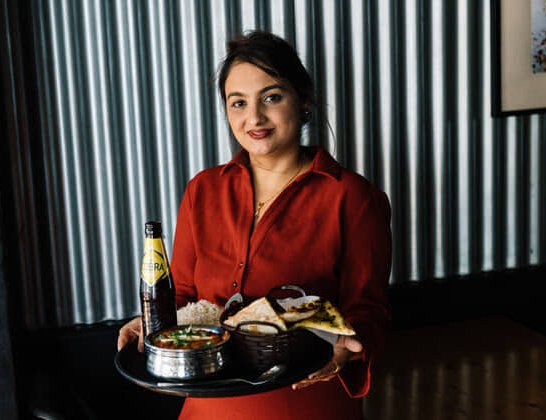 Sujana Acharya came to Greece determined to prove that being a foreigner and a woman doesn't necessarily mean you have to live on the fringes of society. Today she has the most successful restaurants in the city.

I was born in Nepal, in the village of Dolakha built at an altitude of 4,200 meters, inhabited by 3,080 people. I grew up there until I was ten years old and then we went to Kathmandu, the capital, where my father worked. Although there were four children in the family, three girls and one boy, we had a great time and we all finished university. I studied Business Administration, did my Master's and after finishing my studies I worked for two years in a bank in Nepal. I always wanted to be a banker, that was my dream since I was a little girl. 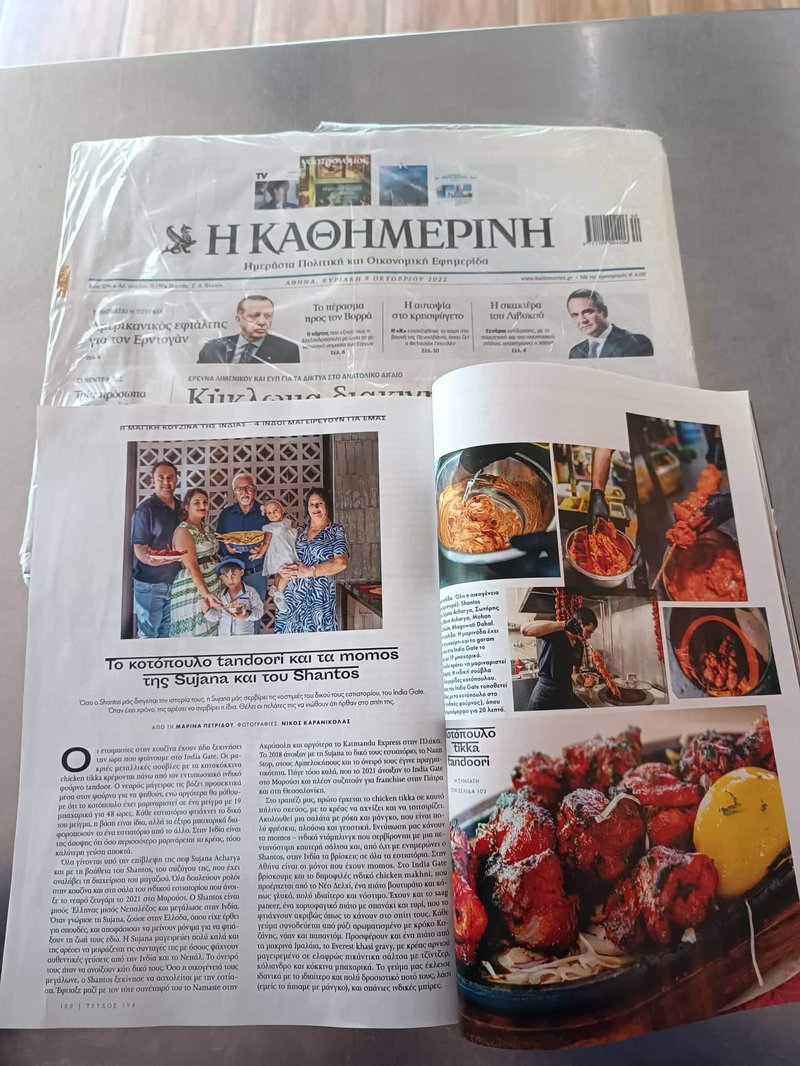 Santosh (Acharya), my husband, and I met at a wedding in Kathmandu and it was literally love at first sight. He was already living in Greece, he had come to study and stayed. He was working in the IT field in Athens when I met him, we got married and that's how I came here. From the beginning, I wanted to do something of my own to have a job. My husband worked all day in the companies and I was at home for three years.

I have been in Athens for five years and I have two children ‒ the everyday life of a mother is a heavy full-time schedule, as pleasant as it is. The restaurant is for me a creative job and a way to prove that everything is possible with will and patience. 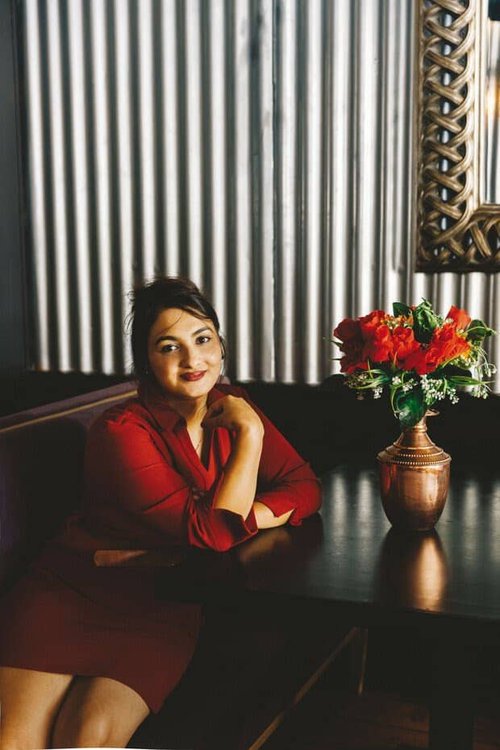 Having a 'boy' is an issue of huge importance in Nepal. All families want a boy, so my parents couldn't be different, they had three girls and then a boy. I am the second daughter. In Asian countries like India and Nepal couples continue to have children until they have a boy. When the son comes, they stop having children. That was one reason I wanted to do something of my own, to prove to my parents that a woman can also do something in her life if given the chance. I am lucky because I have a supportive husband and I have organized my day so that I can cope with my duties as a mother and as an entrepreneur.

I try to look at life positively. With Santosh, we strive to realize our dreams and create a better tomorrow for our children. From the beginning of our acquaintance, we had a common line, which we continue to follow together, side by side. Santosh and I, set up the first restaurant in Acropolis, Namaste, with a partner, then we opened Kathmandu Express in Plaka with Nepali food, and then NaanStop in Ambelokipi and finally Indian Gate in Marousi. Because this went very well, there were proposals for franchises in Patras and Thessaloniki. We are the only Indian restaurant with a presence in all three major cities of Greece. I opened Naan Stop in 2019, wanting to dispel the perception that Indian food is hot and one-dimensional.

I wanted to offer a culinary experience that could awaken all five senses. I am happy because for the first time a woman has managed to open an Indian restaurant in Greece. I hope that I can set an example and that others will follow, because it is very difficult for a foreigner to take the risk of opening a shop outside her country I have been cooking since I was little, and I think I cook well, so I wanted to work with the food of my country, to learn it from the Greeks. I had thought of doing a beauty shop, but the food is much more creative and human, it also awakens memories that can make it a very powerful experience. At home, I make Nepali food, and sometimes Indian food. The arugula and mango salad that we serve at the restaurant is one of my favorite dishes, the kulfi, the mango or pistachio ice cream, and the Nepali dumplings, are all dishes that I also make at home.

There are no big differences between Nepalese cuisine and Indian cuisine, the food is almost the same; Nepalese is a little lighter in spices and made with less oil. Nepalese cuisine is known for its taste and aromas, but mainly for its spices. The complex combination of spices and herbs, as well as her colorful dishes, make her stand out. Every cuisine has its history and flavors, but in Indian cuisine, you are overwhelmed by the strong smell of spices, such as chili, curry, garlic and cumin, which take you on a journey to every corner of Nepal.

The dishes we serve are mostly Nepalese and north Indian. We offer a dish from the distant Himalayas that no other restaurant provides, Everest Khasi Gravy. It is lamb meat cooked in a slightly spicy sauce with ginger, coriander and red spices (eg paprika). Distinguished and experienced chefs Rajesh Ojha, Ramu Neupane and Raaj Poon have been the cornerstone of my restaurant.

Over 500 Thousand Tourists Arrive In 10 Months By Agencies 3 weeks, 6 days ago