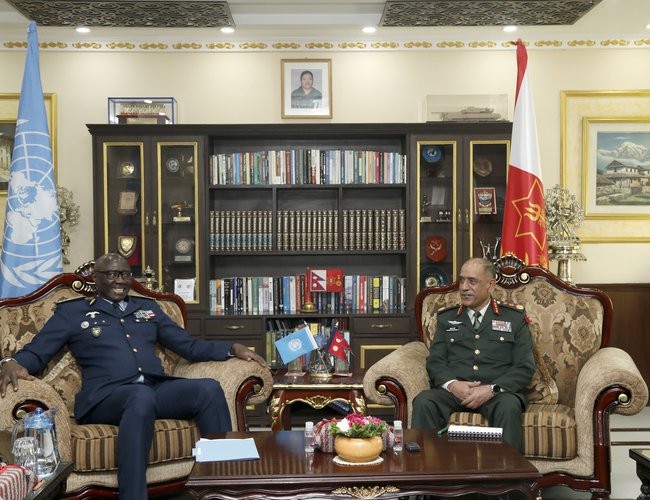 General Birame is in Kathmandu to take part in two days of special programs by the Nepal Army on UN Day. He arrived today. He was received by Major General Yog Raj Sharma At TIA. 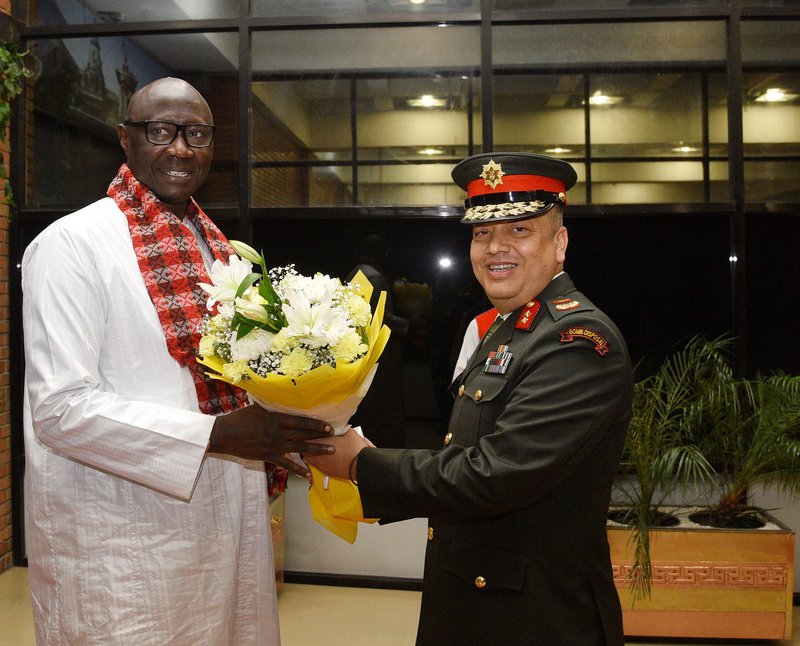 General Diop highly appreciated the contribution made by Nepali Peacekeepers in various UN Peacekeeping missions. Similarly, COAS General thanked General Diop for the opportunity and support by United Nations and expressed the hope that they will continue to receive such support. He has expressed the commitment that Nepal Army will be deployed with professionalism and effective way in Peacekeeping Missions.