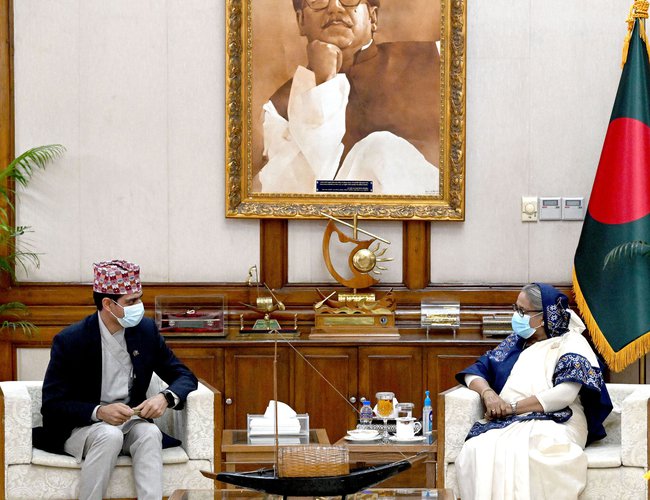 Nepalese Ambassador to Bangladesh Ghanshyam Bhandari called on the Prime Minister of Bangladesh Sheikh Hasina at the latter’s residence at Ganabhaban, Dhaka, today.

On the occasion, discussions were held on consolidating Nepal-Bangladesh relations with a focus on better linkages in the areas of trade, transit, energy, education, and tourism, among others.

According to a press release issued by the Embassy of Nepal, Dhaka, Ambassador Bhandari underlined the steady evolution of Nepal-Bangladesh relations both at the government and people-to-people levels over the last fifty years and stated that bilateral engagements were growing in recent years in a spirit of good neighborliness. The ongoing discussions on energy cooperation are encouraging and realizing this ‘win-win enterprise’ will be an important milestone, he said. 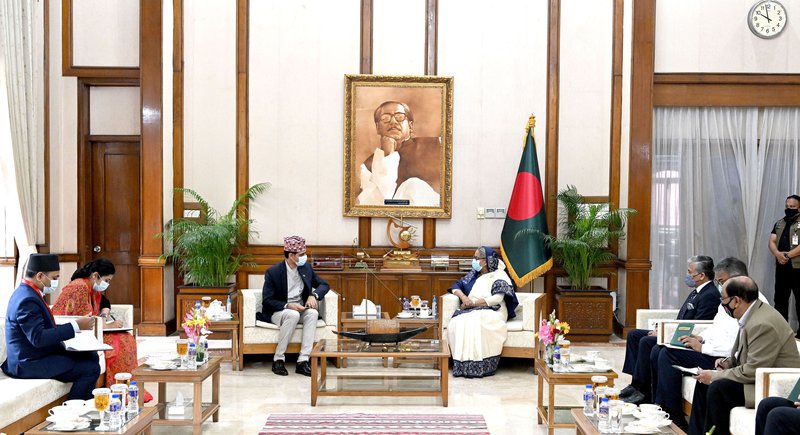 The Prime Minister recalled the support of Nepali political and civil society leaders during the Liberation War of Bangladesh in 1971 and expressed satisfaction over the state of excellent bilateral relations existing between the two countries. She highlighted the potentials and possibilities available in the fields of trade, energy, tourism, and climate change and stressed the importance of enhanced connectivity including through the BBIN framework.

The Prime Minister assured Bhandari of the full support and cooperation of the Government of Bangladesh and wished him all success. Ambassador Bhandari expressed his commitment to work towards enhancing the relationship between the two countries during his tenure.

Ambassador-at-large. Mohammad Ziauddin, Principal Secretary to the Prime Minister Dr. Ahmad Kaikaus, and senior officials from the Prime Minister’s Office and the Ministry of Foreign Affairs of Bangladesh were present on the occasion.