One of Israel's primary interests in the agreement is strategic stability in the area, in particular by sustaining its defensive capabilities and by maintaining its deterrence (including against attacks on Israel's natural gas infrastructures). 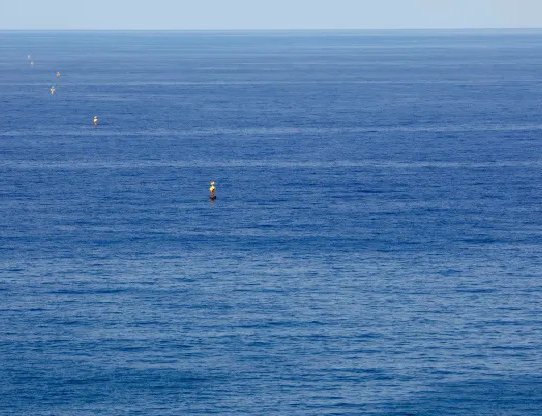 The historic maritime agreement between Israel and Lebanon clearly demonstrates that when Israel's neighbors are willing to negotiate disputes in a genuine, pragmatic, and peaceful manner, solutions can be found that are mutually beneficial. Thus, once again, one of the most persistent fallacies regarding the conflict, which holds that Israel and its neighbors are engaged in a zero-sum game, has proven erroneous.

The US-brokered deal produced a binding and internationally-recognized agreement that formally ends a protracted maritime dispute in the eastern Mediterranean. Importantly, it delimits the maritime boundary between Israel and Lebanon from the five-kilometer mark to the far edge of the exclusive economic zone.

The maritime agreement also functions as the first de-facto recognition of Israel by Lebanon, which has a long-standing policy of animosity towards its southern neighbor. This mutual recognition between the two enemy states offers another example of the changing Middle East. The many supportive responses to the agreement from Arab countries across the region, who joined numerous other governments from around the world in welcoming this step, are a manifestation of this new state of affairs.

Three additional key issues are settled. The parties agree that the current status quo with regards to the first five kilometers off Israel's coast is to be maintained. Secondly, it establishes Israel's share of revenue from the Saida drilling platform on the Lebanese side of the cross-boundary field of natural gas. Finally, the agreement sets out US assistance in resolving any future disputes over the agreement or over any new cross-boundary fields discovered in the future.

This agreement benefits the Lebanese economy. Cross-boundary gas fields, even those shared by friendly countries, are typically difficult to manage. In this case, to state the obvious, without an agreement, no rig could be built in the cross-boundary field and neither side would stand a chance of profiting.

With the agreement - and should it transpire that the drilling platform is commercially viable - Saida will deliver a financial lifeline to the economically, politically, and socially unstable Lebanon in a few years. It would also provide a constant and reliable source of energy, much needed by the country's population which suffers from prolonged power outages on a daily basis. Israel supports this interest, hoping to see a stable and prosperous Lebanon along its northern border. Crucially, Hezbollah will not be able to profit from the economic benefits of the agreement, as that would immediately trigger US sanctions.

One of Israel's primary interests in the agreement is strategic stability in the area, in particular by sustaining its defensive capabilities and by maintaining its deterrence (including against attacks on Israel's natural gas infrastructures). The recognition of the status quo in the five-kilometer zone preserves the existing situation in this sensitive maritime area, thereby enabling Israel to continue protecting coastal communities from incursions and other attacks by terrorist forces, especially Hezbollah.

Moreover, by neutralizing a focal point of tension and by enabling the fragile state of Lebanon to develop a potentially enormous source of income and energy security, the agreement contributes to regional stability and gives Lebanon an incentive to keep the calm in the area. It also strengthens Lebanon's economic and energy independence, thus narrowing the window for Iranian involvement.

Israel's economic interests are not compromised either. The agreement guarantees that should the development of Saida gas reservoir prove viable, Israel will receive its fair share of the profits.

Israel had long wanted to reach a maritime agreement with Lebanon, and as a responsible international actor, worked hard – alongside determined and decisive US leadership and with the support of the government of France and others - to reach that goal, even in the face of provocations from the Hizballah terrorist organization.

It should be noted that the Israel-Lebanon maritime agreement was ten years in the making. Israel's great desire to peacefully resolve these issues and the tremendous efforts made on the part of the US would have been in vain had not Lebanon decided to finally moderate its baseless and outrageous demands. This recent change on the Lebanese side goes hand in hand with the more general, regional trend of pursuing stability and prosperity.

This landmark agreement not only settles specific disputes, it provides an excellent exemplar of an innovative model in which agreements can be achieved between countries around the world that have no diplomatic relations. It also demonstrates how reasonable and realistic positions taken by Israel's neighbors will be answered positively by Israel, to the benefit of both sides and their peoples.

Hanan Goder is the current Ambassador of Israel to Nepal

Israel And Nepal Are Small But Proud Nations That Are Proud Of What We Are And Who We Are
Jun 01, 2022
Nepal Was And Will Always Be A Country That We Will Be Proud To Continue Our Cooperation
May 20, 2022
Isn’t This The Time, Honorable Minister, That Nepal Will Make The Change In Your Voting Pattern?
Apr 03, 2021

China’s Rapid Transformation And Lessons To Learn By Krishna Silwal 11 hours, 27 minutes ago