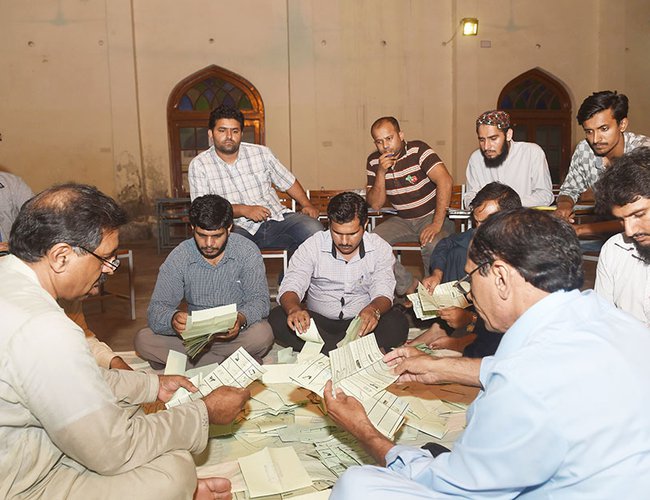 The vote count for the election to the House of Representatives and Province Assembly held on November 20 is underway.

According to the Election Commission (EC), out of 165 constituencies, the counting of votes of 132 constituencies was underway till 5:30 pm Wednesday. The results of 20 seats have already been published.

Three large parties have been leading the undergoing vote counting. Nepali Congress is leading the vote count in 44 seats, UML in 41, Rastriya Swatantra Party in seven, CPN (Unified Socialist) in six and other parties and candidates in 20 seats. The vote count is yet to begin in 13 constituencies.

Similarly, Nepali Congress won the election to the Province Assembly in three seats in Province-1 while CPN (Maoist Centre) in two seats, according to the EC.

Janamat Party has won the election in three seats under Province Assembly while Janata Samajbadi Party, CPN (Maoist Centre) and Democratic Socialist Party each in one seat in Madhes Province.

Janamat Party is leading vote count in three seats, Nepal Congress in 11, JSP in eight, CPN (Maoist Centre) in six, Democratic Socialist Party in four and other others in 19 seats in Madhes Province.

According to the EC, Nepali Congress has won the election in eight seats, CPN (UML) in four, CPN (Maoist Centre) and CPN (Unified Socialist) each in one seat in Bagmati Province.

Similarly, three candidates of the Nepali Congress won the election while two candidates of CPN (UML), one of CPN (Maoist Centre) and an independent candidate in Gandaki Province. NC is leading the vote count in 10 seats, CPN (UML) in nine seats, Maoist Centre in four and CPN (Unified Socialist) in one seat.

According to the EC, out of 24 seats under Province Assembly in Karnali Province, NC has become victorious in two seats so far. NC is leading in four seats, CPN (Maoist Centre) in six and CPN (UML) in two seats.