World AIDS Day 2022: The AIDS Response Is In Danger

Equalize! Unite to end the inequalities holding back the end of AIDS. The AIDS response is in danger. Inequalities are the reason why. 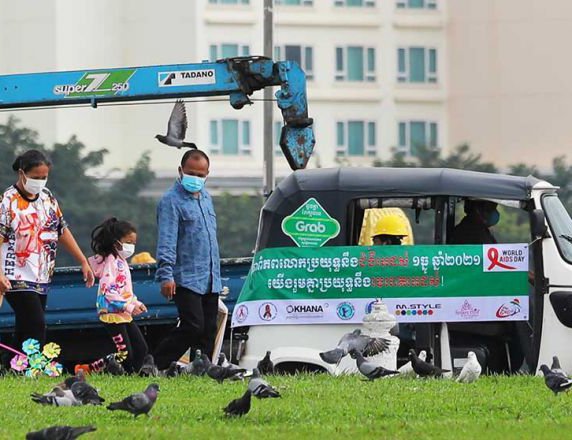 Gender inequalities and harmful gender norms are holding back the end of the AIDS pandemic. Gender based violence is increasing women’s risks of HIV infection and constraining the access of women living with HIV to life-savings services. In areas of high HIV burden, women subjected to intimate partner violence face up to a 50% higher chance of acquiring HIV.

“The world will not be able to defeat AIDS while reinforcing patriarchy,” said UNAIDS Executive Director Winnie Byanyima. “We need to address the intersecting inequalities women face.

In areas of high HIV burden, women subjected to intimate partner violence face up to a 50% higher chance of acquiring HIV. Across 33 countries from 2015-2021 only 41% of married women aged 15-24 could make their own decisions on sexual health. The only effective route map to ending AIDS, achieving the sustainable development goals and ensuring health, rights and shared prosperity, is a feminist route map. Women’s rights organizations and movements are already on the frontlines doing this bold work. Leaders need to support them and learn from them.”

The effects of gender inequalities on women’s HIV risks are pronounced. One study showed that enabling girls to stay in school until they complete secondary education reduces their

vulnerability to HIV infection by up to 50%. When this is reinforced with a package of empowerment support, girls’ risks are reduced even further. Harmful practices (stigma and discrimination, exclusion, hate speech, violence) in many communities discouraging people from seeking care. Discrimination and stigmatization against and criminalization of key populations are costing lives and preventing the world from achieving agreed AIDS targets. The recent Stigma Index 2.0 study in Nepal shows that more than 5 percent of the people living with HIV generally avoid going to local facilities to seek HIV and other related services.

A survey done in 2020 showed that there has been a decline in new HIV infections among people who use drugs in Nepal. However, among other groups, including men who have sex with (MSM), transgender persons (TG) and sex workers (SW) there is a slight increase in new HIV infections. Facing an infectious virus, failure to make progress on key populations undermines the entire AIDS response.

Over 68 countries worldwide continue to criminalize same sex relations—making people afraid of visiting facilities where they could receive prevention, testing and treatment services that could save their lives and break the cycle of infection. Progress in the HIV response is obstructed by punitive laws against key populations. The report shows that the AIDS response is being held back by inequalities in access to treatment between adults and children. While over three quarters of adults living with HIV are on antiretroviral therapy, just over half of children living with HIV are on the lifesaving medicine.

This has had deadly consequences. In 2021, children accounted for only 4% of all people living with HIV but 15% of all AIDS-related deaths. Closing the treatment gap for children will save lives. These dangerous inequalities are undermining the AIDS response and jeopardising the health security of everyone. But this is not a counsel of despair. It is a call to action. Inequalities in health are not inevitable—countries have the power to overturn laws that criminalize and marginalize entire communities, they can challenge gender-based violence and protect children by investing in education and health.

All over the world, people are mobilizing to challenge the injustices that keep people away from lifesaving HIV treatment, care and prevention services. The evidence is clear — protecting the safety and human rights of marginalized people expands access to HIV services, accelerating progress in the response to HIV by increasing the number of people on treatment, widening access to prevention tools and reducing new infections. New investments to address HIV-related inequalities are urgently needed. At a moment when international solidarity and a surge of funding is most needed, too many high-income countries are cutting back aid for global health.

In 2021, funding available for HIV programmes in low- and middle-income countries was US$ 8 billion short. Increasing donor support is vital to getting the AIDS response back on track. As the new report shows, donor funding also helps catalyse domestic funding: increases in external HIV funding for countries from PEPFAR (the United States Government) and the Global Fund to fight AIDS, Tuberculosis and Malaria (GFATM) during 2018-2021 were correlated with significant increases in domestic funding from national governments. Low- and middle-income countries should no longer be kept waiting for access to health technologies. Innovations in health are global public health goods. Millions of lives are at stake. 650 000 people died of AIDS-related deaths in 2021 and there were 1.5 million new HIV infections—1 million above the 2020 target of 500 000.

Together, it is possible to end AIDS by 2030 but only if governments act now to equalize access to HIV services for everyone. Tackling inequalities will not only help the marginalised.

It will help everyone.

Malaysian Home Minister In Nepal By Agencies 23 hours, 22 minutes ago