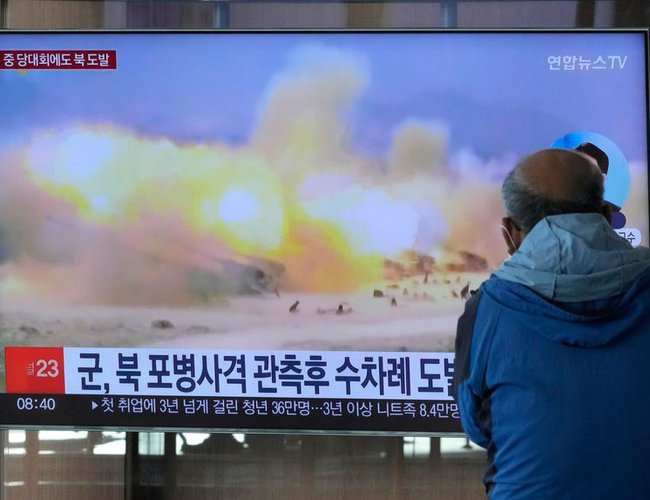 South Korea's military has announced that North Korea fired some 130 artillery shells into the seas to the east and west of the Korean Peninsula.

The two countries agreed in 2018 not to fire artillery into the maritime buffer zone, which serves as a de facto inter-Korean maritime border.

South Korea's Joint Chiefs of Staff denounced the North's firings as a clear violation of the military accord, and urged Pyongyang immediately halt them.

Meanwhile, a South Korean expert noted that the firings may have been made in response to live-fire drills the US forces and the South Korean military are jointly engaged in at border units from Monday. The two-day drill involves multiple rocket launchers.

South Korean media have quoted the nation's military as saying the drills will continue to take place on Tuesday.

Zelenskyy Meets With EU Leaders By Agencies 1 hour, 10 minutes ago