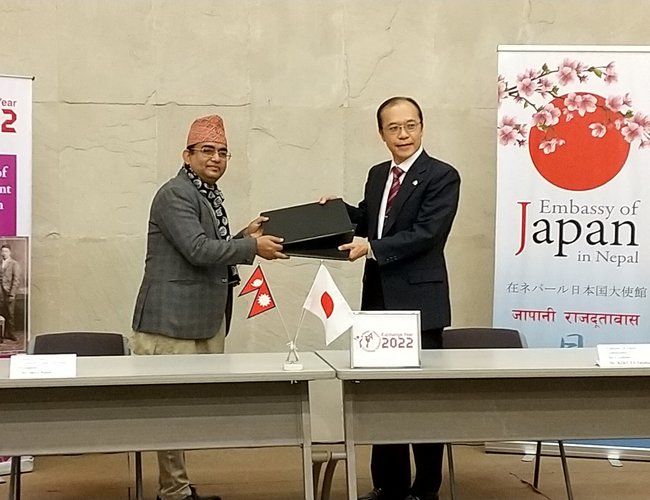 Kikuta Yutaka, Ambassador of Japan to Nepal, signed a grant contract with Shiva Rimal, President of the Volunteer Nepal National Group, for the construction of a new turmeric processing center and the provision of agricultural equipment in Pyuthan District.

The signing ceremony was held at the Embassy of Japan in Kathmandu on Friday 9 December. The project is funded under the Grant Assistance for Grassroots Human Security Projects (GGP) of the Japanese Government and involves a grant of USD 81,180 (approximately NPR 10 million).

The project will support the provision of agriculture equipment and a processing center for the production, processing, and commercialization of turmeric. Currently, more turmeric is imported than is produced domestically. Local turmeric farmers are not able to earn much profit due to the lack of domestic work centers to commercialize the product. 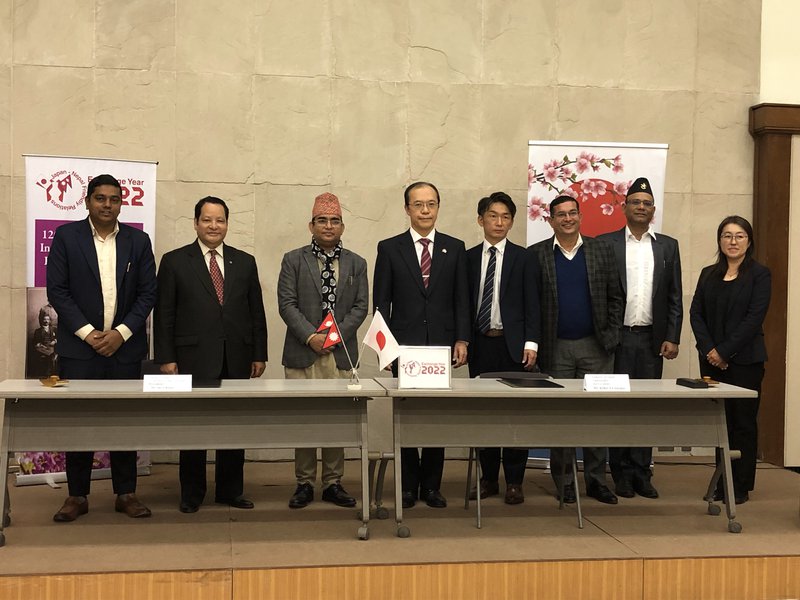 The project was planned to improve this situation and generate income for farmers. The Volunteer Nepal National Group has been working on this issue to improve the livelihoods of farmers.

The project will be managed by Pyuthan Municipality Ward 8, local farmers, and the Volunteer Nepal National Group. The Embassy of Japan believes that this project will improve the turmeric production environment and enhance the livelihoods of local farmers in Pyuthan District. Further, we hope that this agricultural assistance will enhance the friendship between the peoples of Japan and Nepal now and for future generations.