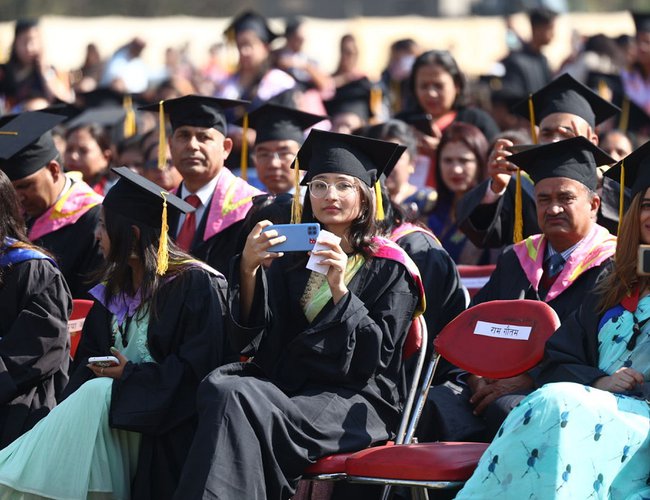 Vice Chancellor at TU, Professor Dr. Dharmakant Banskota said that 63,137 students graduated under different faculties and levels on the occasion of the 48th Convocation/

Prime Minister Sher Bahadur Deuba and Minister for Education, Science and Technology, Devendra Paudel were among those present on the occasion. Former Vice Chancellor of the Central University of Punjab, Raghavendra P. Tiwari, attended the ceremony as the chief guest. 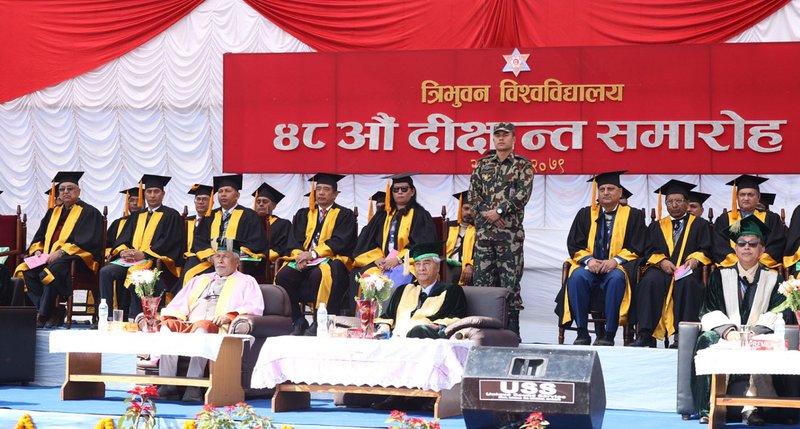 Addressing the 48th convocation ceremony of TU on Friday PM Deuba said that TU has made Nepal proud by producing thousands of human resources that are able to compete at the international level every year. Prime Minister who is also the Chancellor of the country’s oldest university said that it’s a matter of pride for anyone to be graduated from the university.

He said, “TU medical, engineering, physics and management campuses are well recognized in South Asia.” He advised the TU to make its programs compatible with the time.

The TU reaches out to 76 districts, out of a total of 77 in the country, and has 112 constituent campuses. (RSS)