Under the leadership of Managing Director Kul Man Ghising, Nepal Electricity Authority (NEA) has shown how a good manager can change the state of public utility 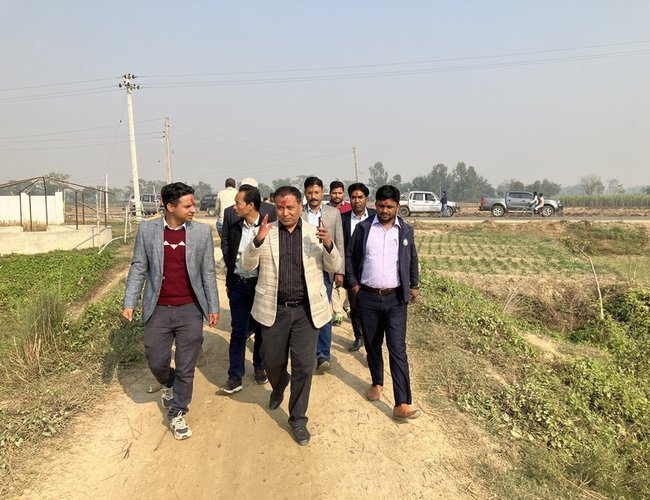 Following his appointment as a Managing Director of NEA in his second tenure, Kul Man Ghising has launched several projects to improve the distribution and transmission systems and efforts to reduce the losses.

The profit made in the last three months and foreign currency generated from the export of electricity to India, NEA has shown nothing is impossible provided qualitative leadership.

With a surplus of electricity, MD Ghising has also announced to expand of the new transmission line and improvement of distribution systems in Madhesh to increase the domestic consumption of electricity.

Visiting different parts of Nepal to inspect the NEA’s system from time to time, MD Ghising is able to address the difficulties and challenges faced by the NEA in distribution and transmission. His intense work is paying reducing the leakage and to increase the profits.

The Nepal Electricity Authority (NEA) has in the first three months of the current fiscal year, 2022/23 secured a profit of Rs 8.5 billion.

According to the NEA’s financial details (unprocessed) for the months of Saun, Bhadau and Asoj (mid-July to mid-October) of the current FY, its income has been calculated at Rs 32.98 billion: through power trade, interest collection and other sources of income. When the total expenditures of Rs 24.88 billion of the period are deducted, its profit stands at Rs 8.5 billion before tax payment.

As per the proactive disclosure of its activities made as per the right to information (RTI) Act, the NEA in this period purchased power worth Rs 14.15 billion from the private sector.

It, through the supplies of power generated by the powerhouses under its ownership and purchases from the private sector, earned a net income of Rs 22.20 billion in the period. Its income from the power trade to India in the first three months was Rs 6.17 billion. 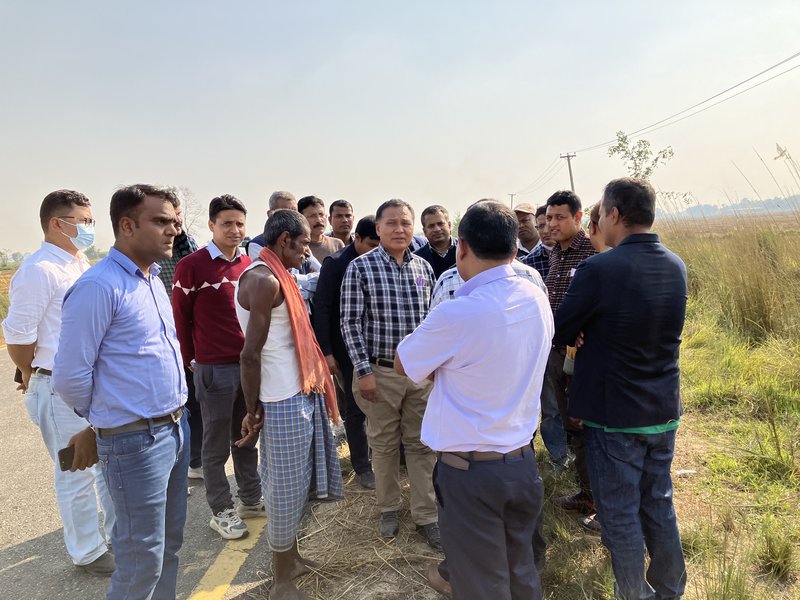 According to the NEA managing director Kulman Ghising, factors like intervention in power leakage, power export to India, rise in domestic consumption, and control of expenditures are credited for converting it into a profitable organization.

As Nepal’s electricity generation has been increasing, there need to build infrastructures to increase the domestic consumption. The recent announcement of MD Ghsing to construct a high-Capacity transmission line in Madhesh is highly important.

Nepal Electricity Authority (NEA) is going to construct a high-capacity transmission line corridor along the southern part of Bara, Parsa, Rautahat, Mahottari, and Dhanusha districts by 2050.

NEA Managing Director Kulman Ghising informed that more than Rs 50 billion will be required for the construction of transmission lines and substations, which will be raised through the investment of Nepal government and NEA. Rest of the required funds will be fulfilled through concessional loans from Exim Bank of India, Asian Development Bank and others.

A high-level team including NEA MD Ghising and consultants visited the proposed line construction site recently and ascertained the possible places for the construction of 400 and 132 kV transmission lines and substations, electricity demand and consumption conditions.

Ghising said that the south corridor transmission line is going to be constructed in a phased manner to increase domestic consumption and to export surplus electricity to India.

"In the first phase, the transmission lines and substations that are urgently needed to increase consumption will be built, followed by the south corridor main line in the second phase and the cross-border transmission line for international electricity trade in the third phase," said MD Ghising.

"Some transmission lines and substations are under construction, some are starting immediately whereas other long-term works such as land acquisition for substations, determining the route of transmission lines, and starting the process for environmental studies are being done."He further said that electricity can be exported to Motihari, Sitamani,

Under the Bara-Parsa Industrial Corridor, the national grid electricity transmission will be built to support the consumption of about 3,200 megawatts of electricity in the Birganj area and 800 megawatts in the Janakpur area.

For local electricity supply, substations will be built in various places where NEA is currently working to determine the route of the proposed transmission line and the location of the substations.

With this, there will be sufficient and reliable power supply in the districts of Madhes Province, which has a great potential for the expansion of cities and industrial areas.

Along with improving the infrastructures to increase domestic consumption, NEA has been also taking initiative to export surplus electricity to India. In the last seven months, NEA Exported Rs.10.38 Billion Worth Of Electricity To India. 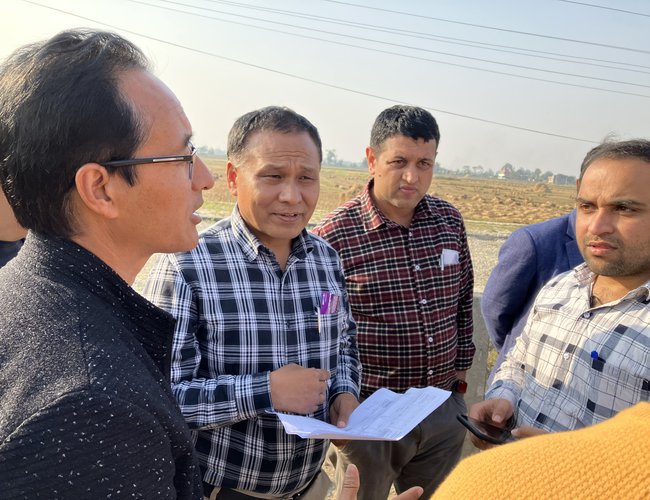 After Nepal started exporting power to India in June this year, NEA has been exporting electricity to India saving the same amount of money Nepal used to spend on the import of electricity. In total, NEA saves Rs. 21 billion in equivalent foreign currency.

According to Nepal Electricity Authority (NEA), upwards of 1.26 billion units of surplus electricity were exported, earning Rs. 10.389 billion in revenue by mid-November, 2022. The Authority started selling the surplus electricity in the monsoon period through competition in the day-ahead market of Indian Energy Exchange Limited (IEX) from June 2, 2022.

However, the rivers are dying with the start of winter, the export will likely to reduce. “As the flow of water in the rivers is decreasing, the export of electricity is also gradually decreasing along with the reduction of power generation from the hydroelectric power stations based on river flow,” said MD Ghising.

"Industries are currently not taking electricity according to the approved load, due to which the demand for electricity in the industrial corridors in the country is not increasing. At present, it is likely that the excess electricity will be exported by the third week of December," said MD Ghising.

In a process of allowing more power import from Nepal, the NEA has also received permission for electricity export from the Solukhola Hydropower plant with an additional 23.5 MW installed capacity of the rainy season.

On November 11, the Central Electricity Authority under the Ministry of Power of the government of India gave permission for the sale of electricity generated by Solukhola in the day-ahead market of IEX through competition.

The Authority has now received permission for the sale of 409 MW of electricity generated by 8 hydropower plants in the market.

Since the electricity trade with India is done in Indian rupees, during this period, around IRs. 6.49 billion has been brought into Nepal from the sale of electricity.

In the beginning, 39 megawatts of electricity generated by two power plants was considered as a source and was sold to IEX on a daily basis. After that, 364 megawatts produced by six hydropower plants were being sold daily in the Indian market at a competitive rate from June 10, 2022.

Therefore, the price of each block is different. The average rate of electricity exported by the Authority till mid-November is Rs. 8.23 per unit.

Managing Director of Nepal Electricity Authority (NEA) Kul Man Ghising said that they are going to expand the transmission and distribution infrastructure to make the electricity supply reliable and trustworthy and to target the places where there is a possibility of settlement expansion and establishment of industrial corridors.

A high-level team led by MD Ghising recently visited Sunsari, Morang and Jhapa and took information on the infrastructure needed to increase electricity consumption and export.

“In the long term, it is seen that India's Siliguri, Purnia and Kishanganj points will be closer to India and Bangladesh for electricity export, therefore it is necessary to expand the transmission network by constructing a 400 kV transmission line from the 400 kV Inaruwa substation along the Postal Highway and a 400 kV substation in the Anarmani area of Jhapa,” he said.

"This line is essential to make the electricity supply reliable in that area. This line will also support increased consumption of electricity and more transmission networks will be prepared for the export of electricity to India and Bangladesh."

Electricity generated from the Tala Hydroelectric Project of Bhutan is connected to the substation.

Targeting Sunsari, Morang and Jhapa districts under Province 1, which have the potential to boost electricity consumption, the NEA will build high-capacity electricity transmission and distribution line infrastructure.

In addition, more transmission line infrastructure will be built for power export in India and Bangladesh, it said.

The Authority is running a campaign to strengthen the transmission and distribution system and expand the infrastructure with short-term and long-term plans to increase domestic consumption of electricity generated in the country.

There is a program of the Authority to upgrade the existing infrastructure as well.

The team has carried out on-site studies to identify the possibility of constructing a cross-border transmission line between the Indian State of West Bengal, the shortest route for power export to Bangladesh, suitable locations for the construction of transmission lines and substations, said the NEA

The team also conducted an on-site study and received information about the electricity transmission and distribution infrastructures under construction and currently in operation in Sunsari, Morang and Jhapa.

In his first tenure, MD Ghising created history by ending decades-long load-sedding. In the second tenure, he has already made Nepal from a net importer of electricity to a net exporter.

Finance Ministry Cut The Budget Of Purchasing Newspapers And Printing Under its Austerity Measures By Agencies 3 days, 1 hour ago