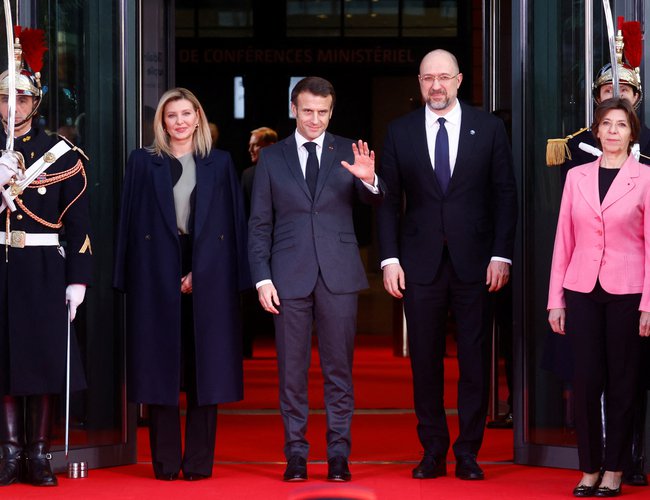 Dozens of countries have pledged over 1 billion euros, or about 1.1 billion dollars, in additional aid to Ukraine to help the people there survive the freezing winter weather.

The agreement came at an aid conference held in Paris on Tuesday. Ukraine's Prime Minister Denys Shmyhal was joined by delegates from more than 40 countries.

France initiated the meeting, as Russian missile attacks have left Ukrainian citizens desperately short of power, heat and water across the country.

The French government says 40 percent of the promised assistance will be devoted to restoring energy supplies, including the provision of power generators.

More than 700 private firms in France also attended the conference. Some of them have expressed willingness to repair bridges and railroads in Ukraine.

The French government plans to back up the efforts with financial assistance. Economy and finance minister Bruno Le Maire says the French public and private sectors will together support Ukraine's reconstruction.

An executive of a major French construction company told NHK that he joined the conference to gather information about projects in Ukraine. He said France can play an important role in the reconstruction process.

Zelenskyy Meets With EU Leaders By Agencies 1 hour, 28 minutes ago

Russians Advance On Bakhmut As Allies Mull Jets For Ukraine By Agencies 3 days, 2 hours ago

Ukrainian Soldiers Arrive In Britain For Tank Training By Agencies 5 days, 2 hours ago