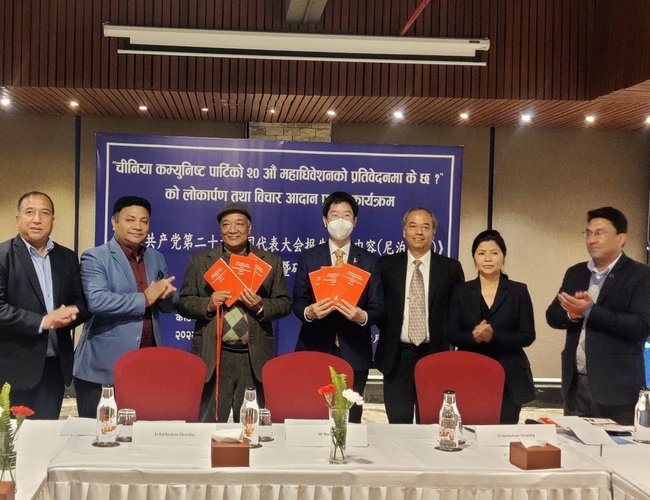 Wang Xin, Charge D’ Affairs of the Embassy of the people’s Republic of China in Nepal, has said that the Chinese government is ready to buy the electricity produced in Nepal.

After the release of the book titled “What is there in the 20th National Congress of the Communist Party of China ?”, Charge D’ Affairs Wang conveyed the message of China's preparedness to purchase electricity from Nepal.

Dr. Sarbottam Shrestha, the first vice-chairperson of the Araniko Society, translated and edited the released book.

He said that the Chinese government has been planning to take its 1.4 billion citizens towards modernization by the year 2050, and added that Nepal and Nepalis would benefit from it.

He claimed that the strict enforcement of COVID-19 restrictions in China had saved 4 million people. China is walking in the footsteps of maintaining world peace and increasing economic production.

NEPALESE ECONOMY Growth 5 Percent By A Correspondent 4 days, 9 hours ago