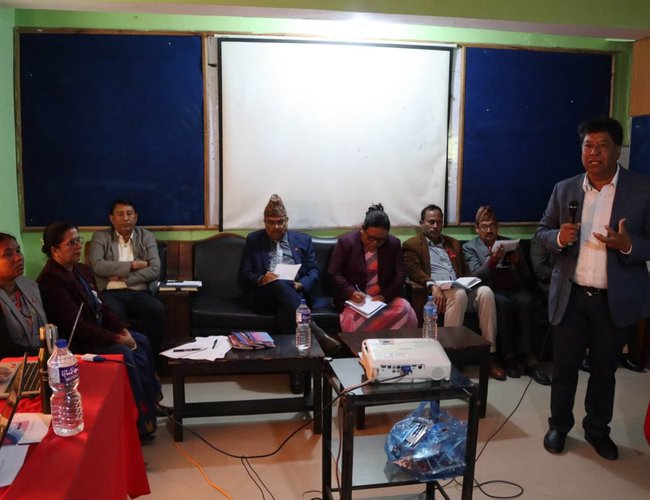 At a time when there are no immediate signs of lowering the prices of Liquefied Petroleum Gas (LPG), the nationwide campaign to promote electric cooking is taking the shape. 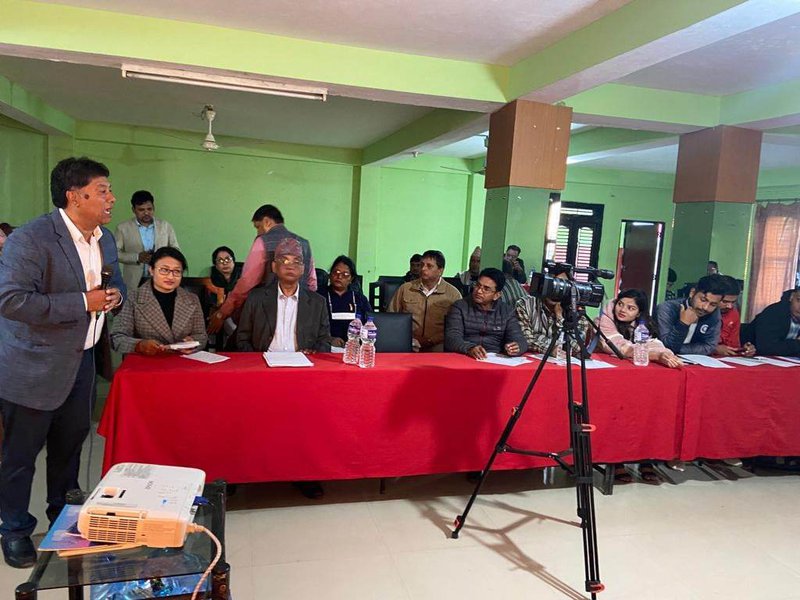 Organized by the National Planning Commission and Clean Cooking Alliance in coordination with Butwal Municipality, a half-day workshop concludes that the use of electricity in cooking reduces the dependency on imported LPG and improves the health conditions of women.

Participants in the half-day program also hold the view that local-level governments can provide incentives like subsidies for the consumption of electricity and one-time compensations for the purchase of utensils.

Addressing the program, member of the National Planning Commission (NPC) professor Dr. Surendra Lab Karna said that electricity is a source of clean energy, saying that there is a need to launch programs from the school level about electric cooking.

"As load shedding ended, Nepal started exporting electricity to India. The time is now for concerned authorities to concentrate on increasing the use of electricity in cooking," said member Dr. Karna.

Policy and energy expert Mohan Das Manandhar said Nepal is in an energy transition, switching from traditional biomass and petroleum-based energy to electricity in cooking. He said that emerging cities like Butwal Sub-metropolitan and Tilottama Municipal Government should encourage people to use electricity for cooking.

Participated by four mayors from emerging municipalities including Butwal Sub-metropolitan City, elected local leaders have shown their commitment to providing necessary incentives and subsidies for using electricity in cooking.

Unlike Birgunj and Biratnagar, the electric supply is qualitatively better regular. Khel Raj Pandey, Mayor of Butwal Sub-Metropolitan City and deputy mayor Sabita Devi Aryal have announced that the municipality is ready to provide a subsidy for using electricity in cooking. 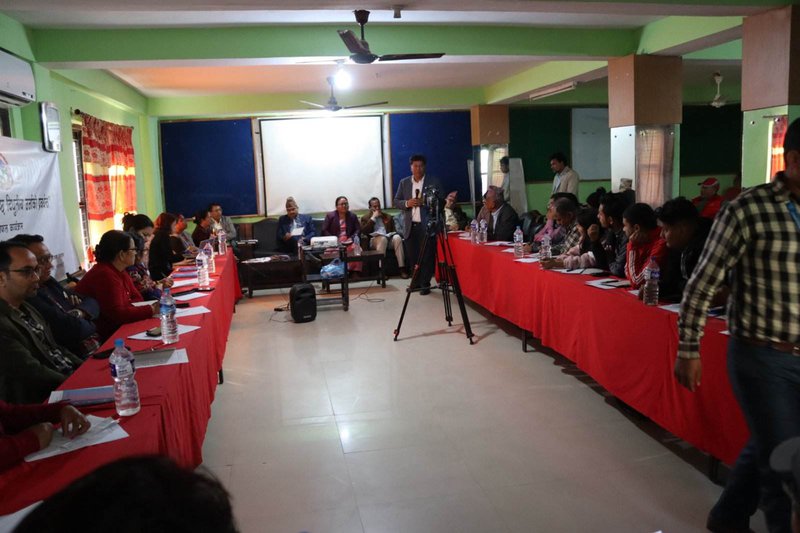 The demand for Electric Cooking Grows

As the intensity of Russia's war on Ukraine is intensifying, the prices of petroleum products continue to increase. With surplus electricity in its grid, Nepal's all three tires of governments have been encouraging electricity for cooking. The programs organized recently helped to push the agenda.

"With the cheaper in prices and easily available on the grid, electric cooking is an affordable clean energy source in Nepal. The role of local-level governments is highly important to popularize electric cooking. The local levels can provide incentives by giving subsidies for electricity," said Mohan Das Manandhar, a policy expert addressing a program in Butwal. "Electric cooking is cheaper, affordable and healthier with zero emission, but people are unaware of it," said Manandhar.

With the level of knowledge about electric cooking is low in newly emerging urban areas, CCA has also been focusing its strategy on using electric stoves and adaptation of it.

"Our experiences' aftermath of the earthquake 2015 showed that effective campaigns backed by demonstrative programs helped to migrate people from LPG to electric cooking," said Karuna Bajracharya, country manager of Clean Cooking Alliance Nepal. "After launching the campaign effectively disseminating the information cost and benefits of electric cooking comparing it with LPG and other energy sources in Nuwakot, overwhelming people had decided to migrate to electric cooking from LPG. Out of 95 households, 42 households purchase induction and other cooking appliances following the demonstrative campaign. "In Timal village of Kavre district, we have also distributed electric cooking stoves to replace bio-mass mobilizing. We mobilized Female Community Health Workers (FCHV). This initiative showed that awareness is a key to promoting electric cooking stoves in rural areas."

Federal and provincial governments can support electric cooking through policy-level reforms. However, the local levels can play an important role in popularize the electric stoves by mobilizing their ward members. However, they don't have the capacity and capability to control the quality.

"Local level governments can provide incentives including subsidy in the use of electricity and incentives to purchase electric utensils and electric stoves like induction," said Manandhar.

A network of local bodies is key to mobilization. The incentive is another important factor in promoting electric cooking. Local levels can provide incentives providing subsidies to electricity and utensils. Birgunj Metropolitan has been providing electricity up to 30 units for the poor and marginalized people and helped replace LPG with electric stoves.

The half-day workshop concluded by stating that the municipalities should be financially strengthened to support electric cooking at the local level. The program also stressed the identification of local needs and their management and implementation to support sustainable electric cooking.

In the workshop, the participants also discussed the needs of the local level, long-term planning and implementation of the programs that can encourage electric cooking.

Attended by more than 20 local-level chiefs, deputy chiefs and ward members, chief administrative officers and others of Lumbini province, the program was the first of its kind to organize to discuss electric cooking.

"The municipalities should first identify what is needed and proceed with a plan," said Manandhar. "So far only issues of clean cooking have been raised at the local level, but the issues of economic incentives have been overshadowed. Now it is necessary to strengthen the municipalities' electric cooking policies,"said Professor Dr. Karna.

The Mayor of Butwal Sub-metropolitan City said that many possibilities would become real if governmental and private institutions and municipalities worked together.

Stakeholders gathered in Butwal to promote smoke-free kitchen communities in newly emerging cities in Lumbini Province, where household air pollution (HAP) accounts for larger numbers of death. According to WHO, over 21,000 premature deaths each year in Nepal.

During the program, the participants also discussed how to overcome initial availability and accessibility barriers to maximize adoption.

During the program, Bajracharya also said that the CCA is also helping lead the development of a Nepal electric cook stove standard and standard implementation plan.

As Nepal has declared the year 2018 to 2028 as the 'Decade of Energy and Hydropower' to realize the dream of 'Prosperous Nepal, Happy Nepali,' in line with the vision, the federal government has set specific targets in the energy sector. This includes making the kitchen smoke-free.

Organizing interaction programs at provincial and local levels in collaboration with the National Planning Commission, CCA has been promoting the use of electric cooking in the region.

Finance Ministry Cut The Budget Of Purchasing Newspapers And Printing Under its Austerity Measures By Agencies 2 days, 23 hours ago

NRB'S DECISION Surrounding Controversy By A Correspondent 1 week ago