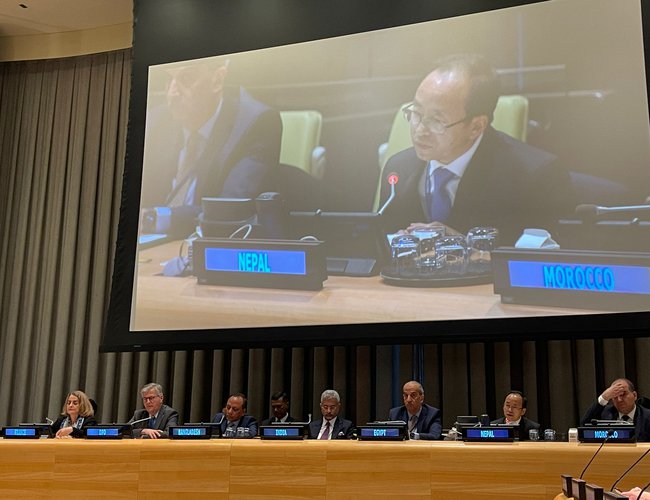 Nepal was elected a member of the Peace building Commission (PBC) on Tuesday at the 56th plenary meeting of the United Nations General Assembly. It’s tenure of two years starts from January 1, 2023. That will provide Nepal an opportunity to enhance its visibility in the world arena as a peace builder and peace contributor, Permanent Mission of Nepal to the United Nations, said in a statement.

Alongside Nepal, Bangladesh, Ethiopia, India, and Rwanda were elected from the category of the Top Troop and Police Contributors (TTPCs) to UN Missions. Among the top ten TTPCs, five countries are elected to serve the PBC.

According to the mission, Nepal has been contributing to the maintenance of international peace and security through its unceasing participation in UN peacekeeping operations since 1958. Currently, Nepal stands as the third-largest Troop and Police Contributor to UN Peacekeeping.

Earlier, Nepal had served the PBC in 2009-10, 2011-15, and 2019-20 as a member of the Organizational Committee. Additionally, Nepal also served as the Chair of the Working Group on Lessons Learned of the Peace building Commission in 2010.

A 31-member body, the PBC was established in 2005 with a mandate to support peace efforts in conflict-affected countries including their reconstruction and institution-building by promoting an integrated, strategic, and coherent approach across the system. The PBC also provides advisory services to the UN General Assembly and Security Council on matters of peace building and sustaining peace.