Sapkota And Bhandari promoted To Major General Of Nepal Army

Sapkota And Bhandari promoted To Major General Of Nepal Army 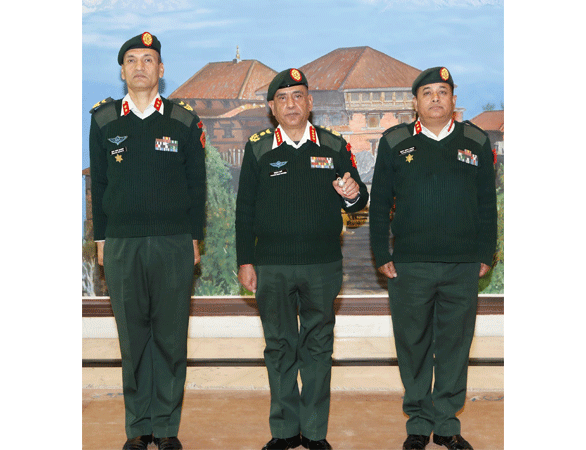 Two general officers of the Nepali Army have been conferred on the insignias of Major General, the third highest rank in the force, at the Army Headquarters.

The general officers were promoted to the post as per the Cabinet decision taken on December 18, according to a press statement issued by the Directorate of Public Relations and Information of the Headquarters. Of the promoted officers, Bhandari was promoted as honorary Major General before his formal retirement from the service.