Company Is Sending A Technical Team To Fix Passport’s Software

Company Is Sending A Technical Team To Fix Passport’s Software 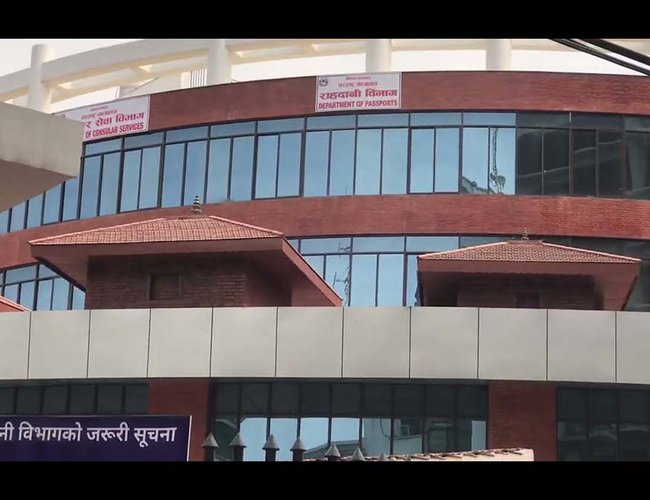 With the arrival of high-level of Technical team from software company, Department of Passport hopes that they will fix passport department's software problem and resume the distribution regularly.

An expert team to fix the malfunctioning software of the department of passport is arriving in Kathmandu following an initiative from the technical team of the office of the Prime Minister (PMO).

A high-level technical team from IMEDIA, the technology company that provided software to the department of passport, have sent a team to solve the problems, said Surya Kiran Sharma, press coordinator of Prime Minister Pushpa Kamal Dahal ‘Prachanda’.

A team of the PMO had reached the passport department to see the problems on Wednesday after the department issued a notice about software malfunctioning and its inability to process passport issuance.

The PMO expert team also held discussions with the officials of the passport department and the representatives of IMEDIA in Nepal today again and then held talks through video conference with the concerned officials of IMEDIA to immediately solve the problem.

The IMEDIA technical team dispatched from its headquarters is expected to arrive in Kathmandu today and start fixing the problems from tomorrow morning in such a way that such malfunctioning does not erupt in the future.

Based on the report in The Rising Nepal

One Died And Scores Of Building Damage In The Bajura Earthquake By Agencies 1 week, 2 days ago