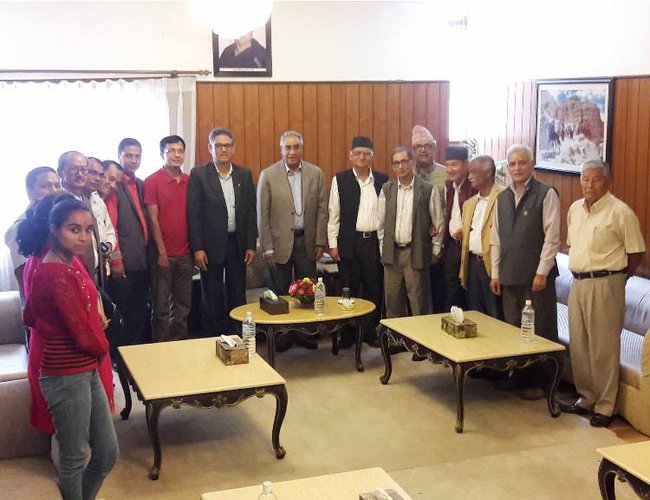 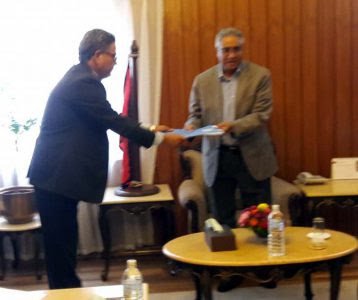 The delegation met Prime Minister Sher Bahadur Deuba at Prime Minister’s Resident Baluwatar and submitted a memorandum Saturday morning. They requested Prime Minister Deuba to undertake the development of Upper Karnali Project by Nepal Government as it is considered to b the jewel in the crown among hydroelectric projects in the country.

The ten point memorandum also includes the issues related to the public concern like the acceleration of the construction of Mugling-Narayanghad road, earthquake reconstruction and conciliation of a provision in India-China agreement regarding the Lipu Lake.

The delegation also requested Prime Minister Deuba to take concrete actions to cancel the provision in the agreement signed between India and China on Lipu Lake during his forthcoming official visit to India.

Speaking at the program, Chairman of Nepal Communist Party (Maoist Revolutionary) Mohan Baidhya Kiran demanded that the agreement should annual as soon as possible as it is against the national interest. 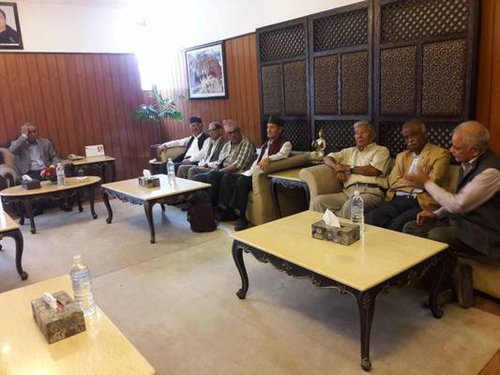 According to a press release issued by Save Upper Karnali Project Campaign, Chairman of National People’s Forum Chitra Bahadur KC asked for immediate conciliation as GMR is just holding the project failing to manage the investment.

Former Minister for Water Resources and water resource expert Dipak Gyawali said that one of the saddest parts of the agreement is that the project is going to be constructed for India, not for Nepal.

Former Water Resources Secretary Dr. Dwarikanath Dhungel said even Ministry of Energy expressed objection on the agreement as it is going to affect some of the lifeline irrigation projects in low riparian areas like Rani Jamara, Kularia, Surya Pateria and Bardia National Park.

Water resources expert Ratna Sansar Shrestha stressed the need to make Upper Karnali Project as a storage project which is not only going to benefit Nepal but India as well.

Similarly, water resources activist Ratan Bhandari demanded the Upper Karnali agreement is against the interest of Nepal and it should scrap. He also demanded to scrap all anti-national treaties on water resources and provision related to Lipu Lake in India-China agreement. 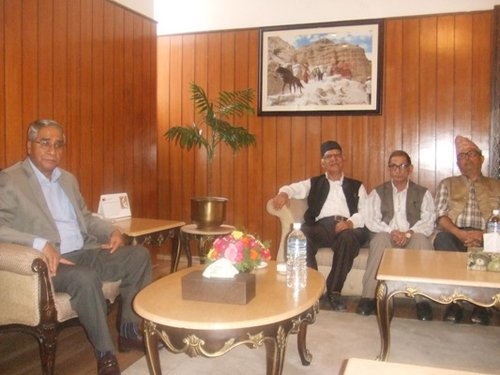 338 Households Displaced In Fungling Due To Fire By Agencies 11 hours, 45 minutes ago

Chanda Led Maoist And The Government To Hold Talks By NEW SPOTLIGHT ONLINE 22 hours, 11 minutes ago

Nepal Is Committed To End All Kinds Of Discrimination: Foreign Minister Gyawali By Agencies 6 days, 21 hours ago