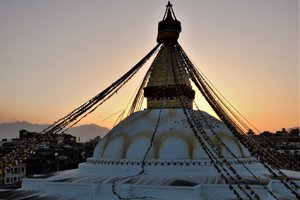 The Renovations Of Kathmandu Valley's Heritage After 2015 Earthquakes

Almost immediately after the earthquakes, Nepal received international aid from around the world, especially India, who sent around 5.8 billions roupies to rebuild Seto Machhindranath Temple, to mention only one. 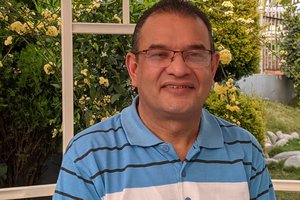 Nepal has drastically improved its health system including care and treatment for cardiac health. Although cardiac arrest is still a leading cause of death in Nepal, the mortality rate has gone down and there are institutions, technologies and medical experts to save people from cardiac arrests. Dr. Man Bahadur KC, son of a farmer, a resident of the remote village of Baglung district, has seen all this change through the lens of a patient, practicing doctor and manager 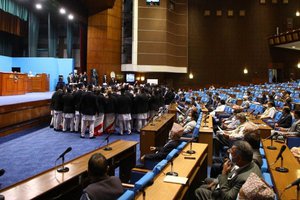 What is regrettable is that during the protest period, scores of innocent citizens were injured, and with the unsatisfactory outcome in hindsight, much of the protestors’ productive time turned out to be expended on futile sloganeering. 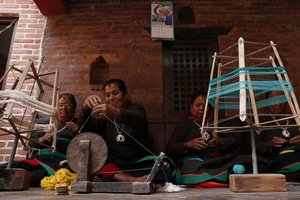 Funded by European Union and implemented by UN-Habitat in collaboration with local level, NGOs and local communities, Parya Sampda Project supported youth entrepreneurs to use their skill for better earning 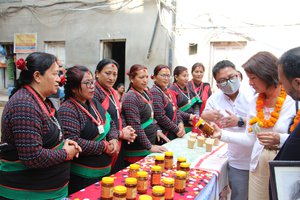 With training provided by SABAH-Nepal, women contribute to fight against COVID-19

During the past ten years, Nepal’s economy grew on average by 4.4 percent. If we extend the time to cover a period of twenty years, average growth descends further to 4.1 percent. On average, economy in the last three years grew by just 1 percent. This year also, the economy is expected to grow by less than 4 percent. In terms of performance of the economy, the two governments, led by Oli and Deuba respectively, do not look much different. 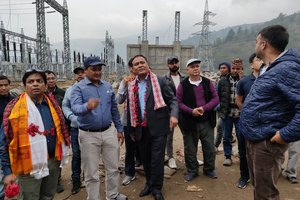 MD GHISING In A Rush

For the last nine months since his appointment as the managing director of NEA, Kulman Ghising has hardly found time to rest 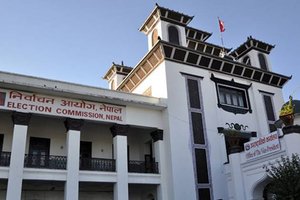 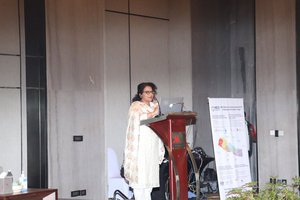 At a time when global oil prices have increased drastically, putting pressure on the foreign currency reserve of Nepal, the recently-concluded MECS ECO Workshop discusses E-cooking as an effective way to minimize the use of LPG 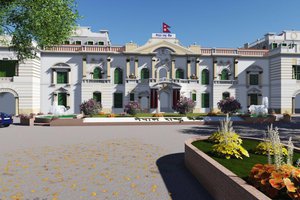