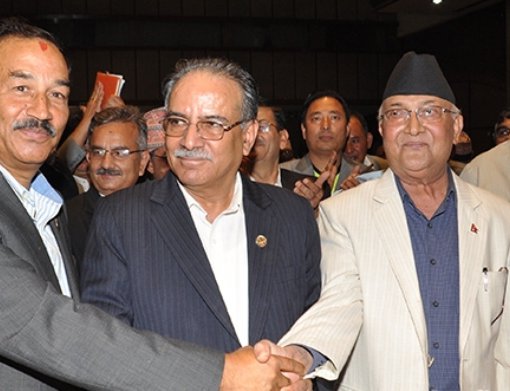 Its Prachanda vs Baburam again. The repeat of six years-old Chunbang drama. Prachanda and the company brand Baburam “Indian” element. Baburam and the company smell a “palace” rat in the rival camp. Every time they deny it, the stage becomes even more dramatic.

Every time they bury the hatchet, the differences only get deeper. The setting is different though. Earlier it was still the difficult insurgency days. Now it is the “hard-earned republic” days.

The issue then was how to move the “revolution” forward. The issue now is how to regain the seat of power lost a year ago.

The latest politburo meeting has been a scene of a fierce debate between the two camps. The bone of contention: who should lead the consensus government should such event arise under a recent three-point deal with two other major parties.

Having apparently failed in his comeback bid Prachanda has now stood in the way of Baburam’s aspiration to occupy the seat of power at Singh Durbar.

Most parties are opposed to Prachanda leading the proposed consensus government of national unity. Baburam is their favourite.

Instead of clearing the way for Baburam, Prachanda has now proposed in the politburo meeting that the party sit in the opposition bench.

This has angered Baburam who is in no mood to take it easily. Said one of his close confidantes, “the party can longer suffer just for the sake of personal ambition one individual leader.”

According to him, the situation is so much different from the one six years ago. “We are in open politics and we will take it on openly.”

This could mean a free-for-all between the allegedly “pro-palace nationalist” camp and the “reformist pro-Indian” camp. The immediate casualty: Maoist hopes of a leading the new government of national unity. A little distant casualty: the unity of the Unified Communist Party of Nepal-Maoist.

Nepal Has Made A Steady Economic Progress In The Last Three Years: Prime Minister Oli By NEW SPOTLIGHT ONLINE 3 days, 14 hours ago 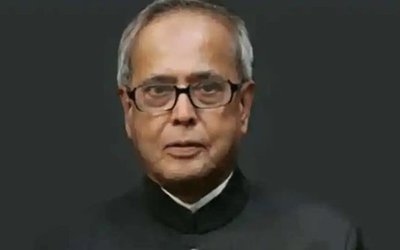