The Kathmandu University, which is a renowned privately-run public university based in Dhulikhel, has planned to add a School of Law to its existing set of six schools (arts, education, engineering, management, medical science, and sciences) in an at 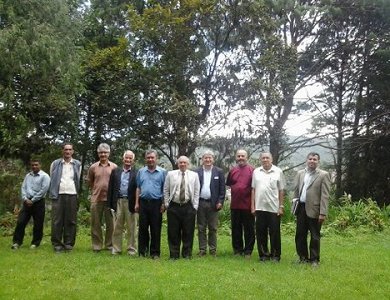 The preliminary feasibility study, “Towards Kathmandu University School of Law,” prepared by Nepal Constitution Foundation (NCF), emphasizes that the School of Law would be focused on the quality of the education provided due to its lack in the country. It states that the objective of legal education is not only “the development of legal knowledge and skills,” but also to train a person to solve legal problems in his/her society.

Constitutional Advisor to the President Dr. Surya Dhungel, who is also a member of the Planning Advisory Committee, said, “I think that this initiative will be successful because of effective leadership and support of a dedicated team. The Kathmandu University has maintained its quality and level of commitment, and it will be the same with the School of Law.”

The NCF study states that the School of Law is set out to produce graduates with “fact consciousness, a sense of relevance, comprehensiveness, foresight, lingual sophistication, precision and persuasion,” and, most of all, “self-discipline.”

As for the courses offered, the University wishes to focus on areas of the legal sector that need immediate attention. In the beginning, the School of Law is going to introduce a Five Year B.B.M.LL.B (Bachelor of Business Management and Bachelor of Law) degree at the undergraduate level for 44 students. This will start from the August of 2014.

In order for the University to establish a top-notch law school, the existing committee for the School of Law is looking at the possibility of “getting retired professors of high repute” who will be working closely with the potential teachers available in Nepal. Additionally, the School is planning to include a variety of legal practitioners and judges.

“From the very first year, it is so important that students have the opportunity to interact with judges, prosecutors, private legal practitioners, and in-house lawyers because these are the areas in which the prospective students of the School of Law will be working,” said Adhikari.

“This is a mixed course which will fill the gaps of trained lawyers in the corporate sector of Nepal,” said Adhikari. “The graduates of BBA-LL.B are to be quickly absorbed by the Nepal Bar Association and commercial banks, insurance companies, international trading houses, major industries, and commercial outfits of the country.” The Two Year LL.M in Corporate Law at the post graduate level will be offered only after the first batch of students graduate.

At the undergraduate level, the course would cover a “traditional curriculum,” which consists of jurisprudence, civil procedures, criminal law, property, constitutional law, among other subjects. The program also incorporates the case method and the Socratic Method, both of which include the study and reasoning of court cases.

The benefit of this curriculum, Dhungel said, is that graduates would “be able to deliver immediately, and apply their knowledge in places like courts and corporate sectors.”

The government of Nepal has shown its support for the establishment of the School of Law by securing seed money for the initiation.

Dhungel said, “I think the government is happy to see the leadership by the Vice Chancellor, the steering committee, and the potential of the people involved. The government sees the shortage of a good law school. Additionally, the involvement of the former Chief Justice in the process gives more confidence.”

The building for the School of Law itself would ideally be situated around Dhulikhel, the Nagarkot VDC, or anywhere in the outskirts of the Kathmandu Valley, where it is “tranquil, green, and aesthetically pleasing,” as stated in the report. The Steering Committee is trying to find a suitable area.

The goal is a “campus university,” one which accommodates students’ necessities, teaching and research facilities, and leisure activities together. In the long-run, the University hopes to include in the campus some place for the local police, a post office, a health post, and a bus park, amongst other things.

“This is in an effort to build a complete university campus, where there is everything that a student will need,” said Adhikari.

Already, there are half a dozen Law Schools in Nepal but leaders from the Steering Committee still feel that the KUSL has a certain advantage.

“Many people question the validity of establishing a new School of Law. However, our faculty is a mixed one, with teachers both from Nepal and abroad, and the courses on offer will be the best courses in the context of globalization,” said Adhikari.