Boarding into one flight at the Tribhuvan International Airport of Nepal is enough time to witness the tremendous haul of labor force leaving the country. A queue of men, mostly from the rural parts of Nepal armed with a ticket, a passport, and a small backpack each, snake around the check-in area, their expressions anxious and curious. Most of these men have collected the little money they have in order to fly all the way to countries like Qatar, Malaysia, and Singapore.

There, they hope to provide for their families back in the hills, mountains, and plains of Nepal through the jobs they secure as laborers in different industrial sites. And most recently, in Qatar, the host country for the World Cup in 2022, a flood of Nepali immigrants (who make up a sixth of the labor source[i]) and immigrants from various surrounding countries, like India, Pakistan, and Sri Lanka, has been a significant source of labor for building the infrastructure necessary for the games.

However, Pete Pattinsson’s article for The Guardian soon revealed the inhuman conditions under which many of these immigrants were working, and questions of human rights and modern slavery immediately arose. For example, Pattinsson talked about how companies have not paid the promised salaries to the workers, have confiscated the workers’ their passports and visa documents so as to bound them to their work, and have denied them simple necessities, like proper living space and drinking water in the heat. Some of these laborers have had to seek refuge in the Nepali Embassy to escape harsh working conditions.[ii] Reports have confirmed that this has caused the deaths of 185 Nepali workers in just 2013[iii]. Most of these deaths have been due to heatstroke, while many laborers have also fallen to their deaths due to the poor or nonexistent security measures taken by the authorities.

An exemplary case puts the problem in perspective. Owen Gibson, another Guardian journalist living in Kathmandu, wrote about Dhana Prasad Gurung, an immigrant worker who collapsed and was paralyzed after being denied needed medical attention for a complaint about stomach aches while working in Qatar.[iv] Moreover, while he was being treated at the Hamad general hospital, the Pravasi Nepali Co-ordination Commission, a Nepali organization that helps dead or injured immigrant workers’ families, could not track down his sponsoring company, thereby resulting in the compromise of his treatment.

With such stories floating around the web, people from all across the world started to demand, mostly through online petitions, that either the World Cup be moved to another country which can better provide for its workers or that the working conditions be immediately improved.[v] There are some critics who think that international politics should not be involved in the World Cup, and the cases that have been brought to light are exaggerated as well. There may be some truth in it, but the entire story is not baseless. While the FIFA declared that it couldn’t do much to reverse its decision to hold the World Cup elsewhere, it immediately put pressure on the Qatari government to handle the issue. In turn, the government of Qatar proclaimed that it has started to inspect the organizations responsible for possible exploitation of workers. Additionally, the Qatari FIFA organizers have sent out a 50-page report, highlighting that immediate action will be taken to address this issue.[vi]

However, critics have complained of the lack of action, as the report specifically addresses the working conditions of those who have yet to begin work on the stadium and not of those who are working towards building the supporting infrastructure.[vii] The International Trade Union Confederation noted that the document also didn’t accept their recommendations about freedom of association and the right to collectively bargain.[viii]

The Government of Nepal, too, has raised the issues with the appropriate authorities. Chairman Pushpa Kamal Dahal of the Unified Communist Party of Nepal, a powerful and influential politician in Nepal, has met with the Qatari authorities to “urge” the government to ensure minimum wage to the Nepali migrant workers, while also encouraging Qatar to invest in the agricultural and hydropower developmental sectors in Nepal.[ix] Locals have asked different non-governmental organizations to work with men seeking out employment abroad to be trained and informed about their rights abroad and how to apply it to their positions as laborers.

However, the question from many activists is whether these measures are sufficient. What can be done immediately by the Nepali government, who is responsible for the wellbeing of the Nepali people, to address this problem? First and foremost, the government needs to immediately establish an agency in Qatar in partnership with the Nepalese and Qatari non-governmental organizations to take care of these human rights concerns. The Embassy of Nepal, largely related with political and consular issues, is simply incapable of handling these issues alone, as it is in a paralyzed state itself and is still figuring out its fundamentals as a body of governance.

The Nepalese Embassy, which should play a large role in this issue, should have close linkages with employment agencies. It should not allow employment contract of Nepalese laborers with agencies which, according to a set guidelines, do not meet human rights standards for migrant workers. The government of Nepal needs to reserve some funds to educate and train workers leaving the country to make them aware of the situations abroad and be knowledgeable about their rights and how to seek assistance when necessary. The government should work with these laborers to explore the best options for them to earn money abroad. The international community needs to be made more aware and should involve itself more with strengthening the working conditions in Qatar and other such places. Agencies, like the International Labor Organization, need to work alongside the Qatari government to ensure that workers’ rights are being protected in the field and that any sort of abuse is dealt with justly.

While these are some immediate solutions that could potentially have a positive effect, the root of the problem lies in Nepal’s weak economy and lack of education. Why should citizens even have to go abroad to earn a living? The government needs to look towards fueling its economy and strengthening its developmental sectors in order for more jobs to be available to locals. The government also needs to focus its energy on building a solid educational foundation in the country so that the labor doesn’t leave the country in such a situation and, instead, can be used to further develop the economy. Children should be provided with equal facilities so that they can have opportunities for work as they grow up. As of December, 2013, 96.2% of male and 91.4% of female children attend primary school while only 74.2% of male and 66% of female attend secondary school.[x] Although there is some improvement, even in terms of ending gender inequalities, if education becomes more widespread, children will find better opportunities to make a living as they grow older. In any case, there is no quick fix, and a long-term perspective and consistent efforts are required to deal with these problems. 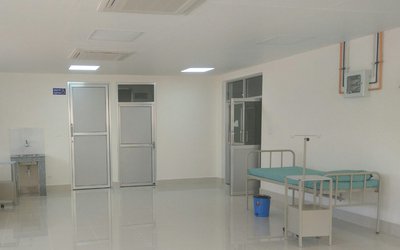 KOICA Sets Up A Quarantine Facility At The Nuwakot Hospital By NEW SPOTLIGHT ONLINE 19 hours, 30 minutes ago

A Special Qatar Airlines Plane Took Off From Nepal With 300 Foreigners By NEW SPOTLIGHT ONLINE 1 day, 2 hours ago 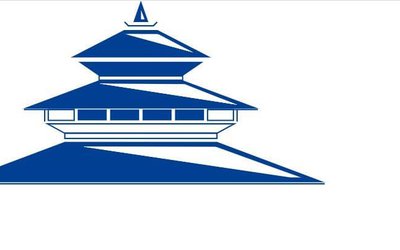 Kantipur Media Suspends All Its Publication By NEW SPOTLIGHT ONLINE 1 day, 2 hours ago