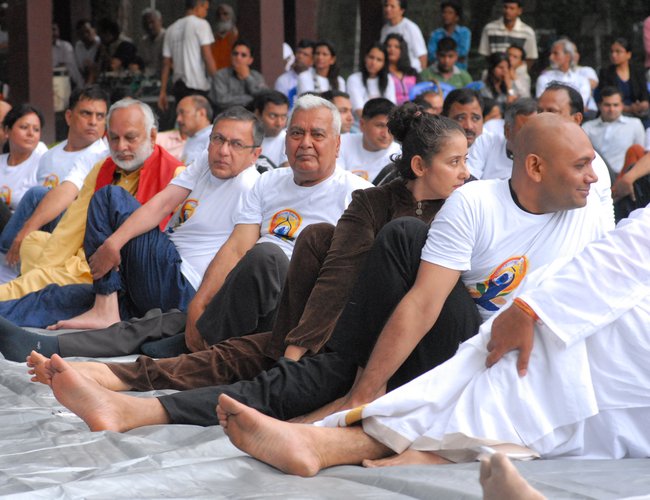 Prof. Jayraj Acharya delivered his talks on Life and Works on B. P. where he briefed about Koirala’s literary skills and ideas. He also shed lights on some of B.P’s creations like Modiaain, Sumnima, Ek Raat, Teen Ghumti, Narendra Dai etc. He mentioned that B. P. contributed for upliftment of Nepali Society not only through his political contribution but also through his literary creations.

During the program, Ranjit Rae, Ambassador of India, remembered B. P. Koirala’s contribution in the field of literature and politics. In his remarks, Ambassador said, “An interesting aspect of B. P.’s works is that one does not find politics influencing his writing. Although a passionate politician- he was bound to conventional rules and norms of society.”  He also referred B. P.’s contact with Indian writers Munsi Prem Chand, whom B. P. considered his mentor.

During his welcome remarks, Prof. Govinda Bhattarai mentioned that BP had spent 38 years in various parts of India during his 63-year lifetime. He also revealed that BP Koirala’s Birth Centenary would be celebrated in various parts of Nepal, India, America and Europe every month throughout the centenary year.

The program concluded with lively discussion between Prof. Acharya and the audience.