The Ncell Nepal Literature festival ended with the last session of poetry recitation. 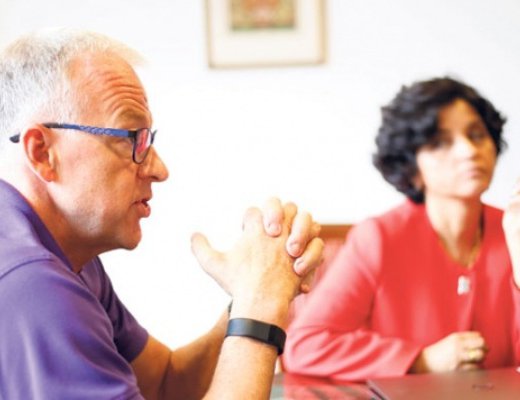 The Ncell Nepal Literature festival ended with the last session of poetry recitation. The four day long festival that started on 25th October ran through four straight days with the participation of a huge number of authors, artists, poets and literary enthusiasts along with a large number of crowds that gathered for the literary extravaganza.

The highlight of the day remained the first session which was entitled “Celebrating Rajesh Hamal” in which another artist Anup Baral held a discourse with the much celebrated author Rajesh Hamal.

According to a press release, a huge number of crowds that came to listen to the talk were kind of mesmerized when actor Rajesh Hamal shared much of the emotional account of his life. The audience enjoyed the talk as well as asked questions which were really touchy and moved the actor himself.

The next session was followed by Somesh Verma in conversation with versatile Annie Zaidi on the topic entitled “Reporting the Unknown Turf” in which the duo held discourse on journalism, how author Zaidi started her career and about quitting frontline journalism, her blog, newspaper, her book , her career as an author and her writing habits.

Following the session, Rabi Thapa and British author Ned Beauman discussed the topic of “Growing up with Granta”. They discussed Granta, Beauman’s book, his writing process and research methods, among other things.

The fourth session of the day entitled “Nepali Bhasa kasko” was held on the Nepali language and its challenges in today’s world by Basanta Thapa and was moderated by Khagendra Sangraula.

The much enjoyed discussion dwelled over the various ideas about the generation, generation gap, the new and old form and style of writing.

The last day of the program also saw the release of a book entitled Gayab Sabhamukh written by Bashudev Adhikari. Author trio Rajan Mukarung, Krishna Dharabasi and Amar Neupane released the book at the special function.

Following the book release, a discourse was held over the future of journalism entitled “Chapa Patrakaritakobhabisya”. The discussion was participated in by senior journalists Akhilesh Upadhyaya, Amit Dhakal and Rajendra Dahal and was moderated by multimedia journalist Rajneesh Bhandari.

The discussion was held over the future of journalism, the scope of journalism and also dwelled on the debate of print and online media.

Meanwhile, the festival ended with poetry recitation from 18 different poets, which received a big round of applause from the audience.

In the concluding session, executive director Niraj Bhari said that the festival turnout of 20000-25000 has encouraged the organizers and hoped for an even more successful turnout in next year’s festival.