Despite robust economic growth of 5.2 percent last year, Nepalese economy is likely to see some setback in the coming years 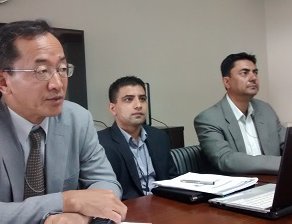 Despite a high flow of remittances, Nepal’s agricultural and other sectors are not showing positive indications, mainly due to the delay in monsoon and landslides and floods in August. As Nepal's two major sectors, construction and agriculture, are sluggish, Nepalese Gross Domestic Product (GDP)  is likely to fall in the year 2015 compared to the current fiscal year.

Recently released Asian Development Bank Nepal Resident Mission Macro Economic Update indicated that there will be decline in the GDP compared to the year 2014. “Looking forward, the outlook for FY2015 is a bit less optimistic than that for year 2014. The continuing robust service sector growth and a potential strong recovery of the industry sector will  be partially offset by the anticipated decline in agricultural production, resulting in GDP growth of 4.6 percent in FY 2015, lower than the government’s target of 6 percent,” said the report. “Agricultural sector growth is likely to be adversely affected by the late and subnormal monsoon rains during the first weeks of the monsoon season of 2014 and the subsequent flooding and landslides in August."

Although the budget 2014/2015 has forecast 6 percent GDP growth and inflation rate down to 8 percent in 2015, the current situation shows otherwise. The delay of monsoon by almost three weeks and strike called by crushers across the country for almost three months badly affected the construction industry in the country. It is likely to have certain impacts.

“Economic indicators are positive but there is the need to take some steps to drastically change the situation. As Nepal has already announced the plan for graduation from LDC, Nepal needs to improve its performance in capital expenditure and there is the need to increase investment in infrastructures,” said ADB's Country Director for Nepal Kenichi Yokoyama.

Although Nepal government extended the license for another six months or up to January 2015, one cannot rule out the possibility to return to status quo after January as Nepalese crusher industrialists have threatened to continue indefinite strikes in case the government failed to protect their interest.

Similarly, recent flooding badly affected the paddy production in the country as Ministry of Agriculture Development has already announced that the resulting damage of over 3 billion rupees in the cost of paddy in several districts, including in Bardiya and Banke.

Given the present scenario, there is ample reason to forecast a grim picture for the coming years. While the GDP growth target  of 6 percent appears ambitious, the 8 percent inflation target is conservative. Despite the expected boost in industrial sector growth and steady  performance of services sector as a result of robust remittances inflows, the weaker than expected monsoon and the likelihood of moderate El Nino conditions in FY 2015 is likely to lower agricultural harvest, ultimately dragging  down overall growth given that agriculture accounts for one third of overall GDP,” said the report.

“One of the weaknesses of Nepalese economy is low absorption capacity and  actual expenditure is less than planned,” said Chandan Sapkota, an economist. "Although Nepal’s inflation is moderate with single digit, it remains elevated because of rise in administrative fuel prices and transport cost, increase in public sector salary and allowances and disruptions in domestic distribution system due to natural disasters.”

Along with others, this edition of Macroeconomic updates also explores the mainstreaming of environment for economic growth and poverty reduction.

Nepali And U.S. Army Joint Training Starts From Today By Agencies 1 day ago 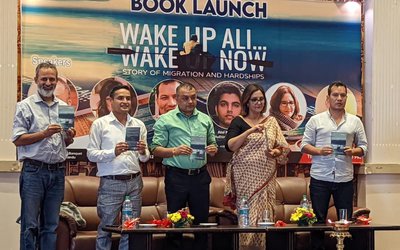 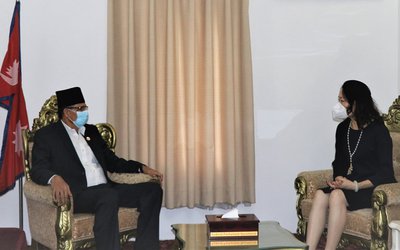 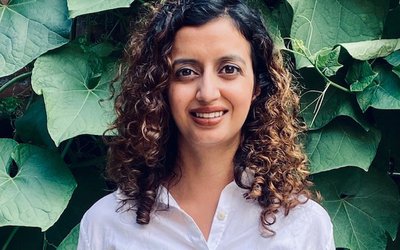