CIAA Decision: In A Power Row 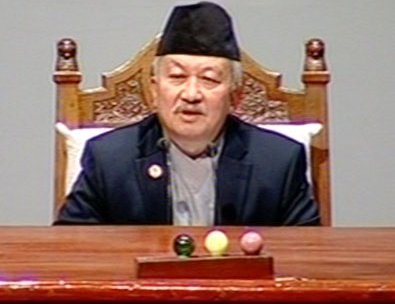 As with CIAA, which has been functioning arbitrarily by exercising unlimited power up to its own interpretation, Committees of Legislature Parliament too have exercised the powers and authority beyond their jurisdiction as subject committees.

With the arbitrary power in its hand and without proper check and balance, CIAA over the years emerged as the absolute authority to decide on corruption, even by openly challenging the judgments of courts as if what it filed was the final verdict.

From getting involved in the petty corruption cases to the policy level, CIAA has extended its wings all over the branches of the state as super executive. As CIAA has exercised unlimited and unaccountable power, it started to intervene in all day to activities, issuing directives and orders.

In similar fashions, Committees of Legislature Parliament are issuing order summoning the authorities of various constitutional bodies and questioning their work as arbitrary. The decision of CIAA chief Lok Man Singh Karki, who declined to appear before Legislature-Parliament’s Development and Water Resources Committee, has sparked a new debate whether the committees have the right to sanction CIAA’s decision or not.

Even the committees are directing to repel government’s order including to make appointments and dismissal of the officials as executive authority. This has made the role of Legislature Parliamentary Committees controversial.

Fifteen years ago senior advocate and then Attorney General Badri Bahadur Karki filed a petition at the Supreme Court against CIAA, challenging its unlimited authority and unaccountable power, when then CIAA chief Surya Nath Upadhyaya  encroached the Attorney General’s authority, intervening the decision made by him in the capacity of Attorney general. Karki argued that absolutism is against democracy and absolutism invites unaccountable acts.

The present deadlock between the Committees of Legislature Parliament and CIAA is the result of use of absolute authority. At that time, former chief justice Anup Raj Sharma, member of Human Rights Commission Prakas Wasti and senior advocate Sushil Panta stood for uncontrolled and absolute power for CIAA. Down the lane, CIAA’s jurisdiction row has again flared with Committees of Legislature Parliament.

Although Sharma and Wasti became chairman and member of National Human Rights Commission and senior advocate Panta is still a practicing lawyer, the fundamental question is how absolute power of any authority brings controversy.

After declining to appear in the commission, the Commission for the Investigation of Abuse of Authority (CIAA) has said that the ball is now in Speaker Subas Nembang´s court for ending the deepening row over the jurisdiction issue between the CIAA and the parliamentary committees.

CIAA spokesman Shreedhar Sapkota said, "Speaker Nembang has the authority to finalize the issue of jurisdiction between the parliamentary committees and the CIAA. We will consider the verdict of the speaker and then take an appropriate measure."

However,  he said that they are not aware about any such decision to this effect made by the speaker so far.

Lawmakers of various parties have criticized CIAA chief Lok Man Singh Karki saying that he violated the decorum of parliament by snubbing the summons of the parliamentary Agriculture and Water Resource Committee.

The row appeared when CIAA chief Karki declined to attend the Agriculture and Water Resources Committee of Legislature Parliament to discuss a CIAA directive to the Ministry of Energy to scrap licenses of 14 hydropower projects including Kabeli-A.

“CIAA is accountable only to the parliamentary Good Governance and Monitoring Committee. A CIAA meeting on November 4 decided to respond to the summons of the concerned parliamentary committee only," said spokesperson Sapkota.

As there are tendencies among all the authorities and political leaders to exercise absolute power, it will definitely bring more controversy in the days to come. As Nepal is in the process of writing the new constitution, the present debate also shows the importance of making power accountable, limiting its arbitrary use.

Diplomacy Changing Guard By A Correspondent 3 weeks ago

Resignation of Prime Minister Padma Shamsher and the Fate of his Constitution By Dr. Bipin Adhikari 3 weeks, 2 days ago

Resilience And Poverty In Kathmandu: The Story Of An Encounter By Benoît Clémencin 3 weeks, 3 days ago