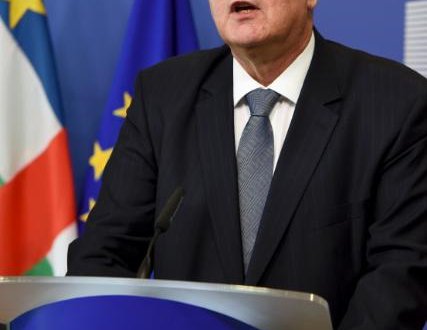 European Commissioner for International Cooperation and Development, Neven Mimica, will travel to Nepal on 24 – 25 June to take part in the International Conference on Nepal’s Reconstruction.

According to a press release issued by EU, The International Conference on Nepal’s Reconstruction 2015 'Towards a Resilient Nepal', hosted by the Government of Nepal, will take place on 25 June in Kathmandu, Nepal. It will bring together Heads of State and Government, Ministers and Senior Officials from Nepal’s neighbouring countries, International Organisations and other development partners.

The conference aims to raise financial support for reconstruction and resilient recovery of Nepal and its people. Commissioner Mimica is expected to express the EU's solidarity with the people of Nepal and will announce a significant contribution to support the country’s reconstruction efforts in view of the devastating earthquake that struck Nepal on 25 April 2015 and its repeated aftershocks.

This earthquake had a big toll on life, property, infrastructure, cultural heritage and the natural environment of the country with nearly 9,000 people, 22,000 injured, over half a million houses fully or partially damaged and three million people rendered homeless.

Nepal Is Working With India To Resolve Kalapani Issue By NEW SPOTLIGHT ONLINE 1 day, 6 hours ago