Dr. Sneedha Mainali, president of Society of Ex-Budhanilkantha Students (SEBS), has received two awards for her work in earthquake relief 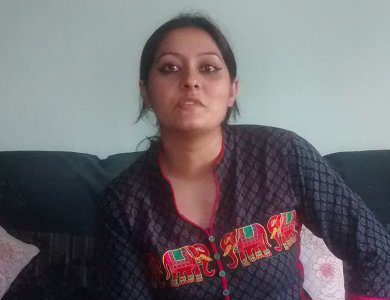 For many, the earthquakes of April 25 and May 12, and many aftershocks on other days, were a lifetime experience of a disaster.  For some, like Dr. Sneedha Mainali, the time made a call contribute to the society in various ways.

The society has recognised Dr. Mainali for her work. Jagadama Steel chose her as a hero for her efforts and dedication to alleviate the woes of the earthquake victims. On the International Youth Day, Jagadamba Steel awarded 10 Nepalese youths, among whom was  Dr. Mainali. She received the award for her altruistic commitment and strong determination she had demonstrated in responding to the quakes, and during rehabilitation and reconstruction in their aftermath.  She has also received another award for her commitment and dedication to provide rescue and relief of the earthquake victims.

"I am jubilant to receive the award. However, this award is not for me personally, it is for the whole SEBS team," said Dr. Mainali.

Surviving in any disaster like great earthquakes is a first concern of every human being. However, there are only a few who do something to save others after their survival.  After the first earthquake of April 25, many people did not go beyond some open space nearby for the whole day waiting for the aftershocks to subside. Dr. Mainali contacted her colleagues in SEBS and moved to TU Teaching Hospital to support the victims.

"A few hours after the earthquake, I called some of my colleagues and went to TU Teaching Hospital for the blood donation. Before heading to the hospital, I did not know that the earthquake had jolted so badly that there were so many casualties and so much of destruction of temples and heritage sites, including the tallest Dharhara," said Dr. Mainali.

Knowing of such a huge damage, SEBS decided to be part of the relief operations. "We donated blood where there was its high demands as the victims were taken for treatment."

"When the executive committee decided to join the relief work, we did not have money. We approached SEBS member Birendra Bahadur Basnet, managing director of Buddha Air, who responded with five million rupees donations for our relief fund. This was a big money and great encouragement for us to do something," said Dr. Mainali.

With this money, we ordered 3000 Tarpaulins and 3000 bags of rice. With centers in 86 countries, SEBS has registered branches in USA, UK and Australia and the branches in China and India are in the process of registration.

"When we called for support to our chapters around the world, we received over 34 million rupees in cash and kind. Out of the total amount, Rs. 26 million was available in cash. We have already published the sheet of our collections of donations and expenditures in a national newspaper," said Dr. Mainali.

Although the earthquakes affected 14 districts, SEBS selected the districts for support in view of the number of casualty.  As the death toll in Sindhupalchwok district was the highest, the SEBS sent the first consignment of relief materials there.

Elected for the second time as the president of SEBS, Dr. Mainali spends 60 percent of her time in social work.

"Social work is my passion. I feel a great satisfaction when we do something for the needy community. Whenever I have time, I prefer to visit the community where there is need. This is what I learned in my school days."

Despite several efforts to provide health for all, a large number of Nepalese are still deprived of basic health, particularly the children, marginalized and poor community. Dr. Mainali wants to end the disparities. "I am proud to parents and family members who supported me to serve the poor," said Dr. Mainali.

Daughter of former secretary Shyam Mainali, Sneedha is now working to rebuild a higher secondary school in Kavre. The building was damaged by the earthquake.

Working for the poor and marginalized was her passion from the school days. She has been working for the health of poor particularly children since she completed her MDS in 2010 for Bangalore. If we spend a small amount of money, we can make a lot of difference in the life of poor people. If a rich person can afford all facilities, we need to support those who cannot afford even the minimum.

Although Dr. Mainali, who specialises in pediatric and preventive dentistry, is busy in her profession, she spares certain time to make the society better through her social work.

PRASHASTI ARYAL Rising Poet By A Correspondent 1 week, 6 days ago

COVID-19: Protecting Workers In The Workplace By Patrick Belser 2 months ago