Pleading for a number of public litigation on constitutional issues and issues of national interest, senior advocate Ganesh Raj Sharma established himself as an eminent constitutional lawyer of the country. In his death, an era in the legal arena has 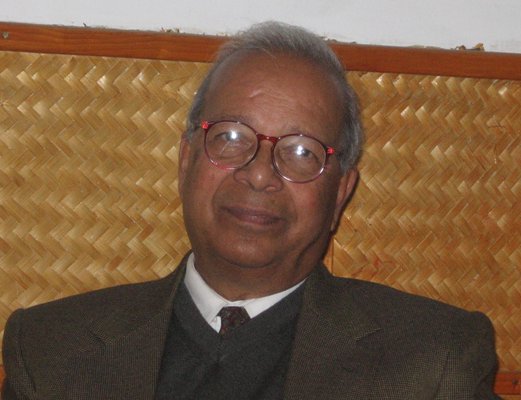 What senior advocate late Ganesh Raj Sharma, an eminent constitutional lawyer of Nepal, used to say has come to ring true. Sharma firmly held the view that the constitution and political systems had nothing to do with the prolonged political instability of the country. Unlike many other analysts, advocate Sharma based his views on the geo-politics of Nepal.

Even in his last article, published in the Himal fortnightly magazine, late Sharma clearly said that Nepal’s political turmoil and change were linked with its geo-strategic position.

When the people all over the country were jubilant following the political upheaval of 2006, when Maoists had joined the national mainstream with the seven parties' alliance, annulling the Constitution of Kingdom of Nepal 1990 with the announcement of elections to write the new constitution through a Constituent Assembly, late Sharma, with little disappointment, remarked that the constitution was not a panacea for the country's ills.

Sharma was not only a great lawyer, but also a very sharp political analyst. As a lawyer, Sharma was the foremost among the constitutional analysts. He made a rich contribution to the development of constitutional jurisprudence in Nepal by way of scholarly writings and litigations settled under the Supreme Court's extra-ordinary jurisdiction.

"The area that he has special contributions in constitutional law extend from the civil rights and liberties to the concept of separation of powers, the rule of law and accountability system within the constitutional frameworks,” said Adhikari.

Late Sharma held the view that there would be another violent agitation soon after the promulgation of another constitution by proposed Constituent Assembly. Although he had lost the memory of when the CA promulgated the new constitution, another agitation in Madhesh has paralyzed entire Nepal.

Sharma believed that Nepal’s strength was equally powerful but its two neighbors India and China caused a controlled anarchy as a byproduct of their presence. He firmly believed that there was no way for Nepal’s neighbors other than to accept Nepal’s independent stature.

Nepal may go through much violence and prolonged political instability, but it will remain as a sovereign and independent nation. He argued that Nepal is in the soft belly of India and China. Thus, no country wants to lose it.

From violent Maoist insurgency to the republican set up, Nepal went through a series of political transformations. He viewed Nepal’s political future will be very much depended on how Nepal’s political leadership reads and learns the lessons from past.

Although he was a constitutional lawyer with a number of landmark decisions in jurisprudence, late Sharma was also a political analyst quoted in different newspapers and media on concurrent political issues.

Fully committed to the rule of law, late Sharma always defended the constitutions of all the time. He believed that "protecting constitution means protection of rights." This is where politicians and even his own colleagues had differences with him from time to time.

In the last days of Panchayat, he firmly opposed the Indian economic blockade, his colleagues, who joined the political agitation, described him as regressive.

One of the parts of late Sharma was that he did not give up his continuity. He firmly stood on the ground that dissolution of House of Representatives was the right of the prime minister, whether he is in a minority or majority.

He defended Girija Prasad Koirala in 1995. He defended Manmohan Adhikary in 1996 when Supreme Court restored the dissolved house denying Adhkary’s dissolution order. Late Sharma believed that the decision taken by Supreme Court in 1996 or 2052 was first deviation in the constitution of 1990. Then, he defended Surya Bahadur Thapa and finally he defended Sher Bahdur Deuba.

“Sharma also championed public interest litigation (PIL) in Nepal in the interest of the common people. The decisions of the Supreme Court in many cases that he defended as attending advocate were also crucial in establishing the benchmarks of Nepal’s constitutional law. His contributions to the House Dissolution cases, the Tanakpur controversy and unconstitutionality of a provision of the Labour Act could be cited as fine examples. These PIL cases also pioneered the development of social justice in Nepal through the intervention of judiciary.”

“Sharma was crucial in establishing modern legal practice in the country. He was a role model for private lawyers and attorneys of his generation and many professional juniors. In fact, he served as a fine example of an ethical lawyer and a reliable amicus of the Supreme Court. Although he had an uninterrupted legal practice for 47 years, there is not a single instance where his sincerity and professionalism came to be questioned.”

“Ganesh Raj Sharma always insisted that constitution building is an evolutionary process. This process requires the faith, goodwill and commitment of all the political actors.”

For his own constitutional commitment and political stand, late Sharma’s alliance changed from time to time. Politicians come and go in their power game. But late Sharma firmly stood on his commitment to constitution.

He used to say that the role of journalists and lawyers is to defend the weak, who were denied justice by the state. He pleaded in all the political cases of top political leaders of 1990s including G.P. Koirala, Man Mohan Adhikary, Sher Bahadur Deuba and lastly Dr. Tulsi Giri and Kamal Thapa.

His political views are based on middle path. He used to say: call it national reconciliation or consensus, there is no other than the middle path for Nepal.

Many term his political commentary and analysis as unusual, with wider political contacts among all ideologically different political leaders, late Sharma pleaded for the cause and rule of law.

He never discriminated against individuals while pleading for his case, including in the public litigations.

With strong conviction on rule of law and independent of judiciary, senior advocate Sharma believed in continuity with change rather than revolution or violent demonstration.

Late Sharma had pleaded the public litigations of former prime ministers late Dr. K. I. Singh on a defamation case. With one after another success, he pleaded the case on BP Koirala in Special Court. He defended Nepal’s the first democratically elected prime minister in the special court after he returned from exile. His Habeas Corpus cases on Yagya Murti Banjade, Bhugoal Park, Citizenship Bill and Tanakpur Agreement were a few of the most noted cases. Spending the entire day at the Supreme Court, late Sharma ended his evenings with the discussions on political events.

Sharma had suffered from dementia for four years when he died at the age of 79 leaving many constitutional landmarks and thought provoking political analyses behind.

Late Sharma used to tell his visitors that he had the same views and same opinions. He did not have a new one. In his political analysis, late Sharma gave little importance to individuals, what he counted was power. He counted Nepal’s two neighbors India and China, Army, Political Parties and People as the power. Among foreign powers, India and China, to him, were decisive. He believed that Nepal will have to go through a prolonged political instability before stability and the country could see a few more constitutions till that time.

“Sharma was an informed nationalist. He was worried about the declining political scenario of Nepal. He argued that the roots of Nepal’s instabilities are elsewhere. He believed in national reconciliation policy propounded by late B. P. Koirala to ensure national unity and help counter the challenges of instability. Sharma advocated that it is only through the coordinated efforts of all the traditional and modern political forces that Nepal can maintain its independent existence amidst a very problematic neighborhood, and also institutionalize democracy and the concept of constitutionalism.”

ADB SUPPORT: Clean Brick Kiln By A Correspondent 1 week ago