Despite being in countries that have adopted the convention on the rights of children, many children are yet to receive a fair deal 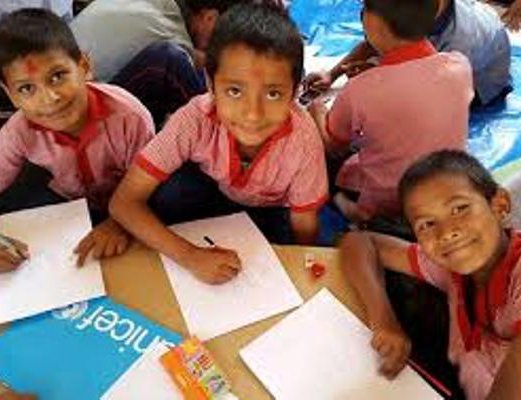 Even as the world is celebrating the day the convention on child rights was adopted, the Nepalese children are facing difficulties, complicated by natural disasters such as the horrific earthquakes of April and May and criminal activities targeting them.

Almost every day, media reports mentions of violations of the rights of children, who are facing rape, torture, trafficking and political misuse. Just a week ago a 14-year girl was raped by her own father in Salyan district in the mid-western region.

According to Nepal Police bulletin, the father of the girl child was arrested by the local police station. This is not the only case. Despite several laws formulated to provide safety to children, they are the most unsafe and highly exploited lots.

Nepal’s major political parties often misuse the children in their demonstrations. Although Maoist insurgency has ended and the issue of child soldiers has come to a close, political parties are still using their frontline workers.

With the political unrest in Nepal’s southern plains, over 8 million children are denied their rights to go to school. Following a massive pressure from national and international groups, the agitating parties issued a notice not to disrupt the school education.

As the blockade on the border points continues, with a short supply of essential commodities, including the petroleum products, many schools are yet to start their classes.

According to a UNICEF report, the world remains a deeply unfair place for the poorest and most disadvantaged children despite major advances since the adoption of the Convention on the Rights of the Child in 1989.

The report, For Every Child, A Fair Chance: The Promise of Equity, presents a statistical picture of how the world’s most marginalized children have fared against basic human development indicators. It points out that children from the poorest households are nearly twice as likely as those from the richest households to die before age five, and five times more likely to be out of school.

Girls from the poorest families are four times more likely as those from the richest families to be married before 18.

More than 2.4 billion people still do not have adequate toilets – 40 per cent of them in South Asia; and more than 660 million still lack access to safe drinking water – nearly half of them in sub-Saharan Africa.

Roughly half of the 159 million children suffering from stunting live in South Asia and one-third in Africa.

“Such vast inequities fuel a vicious intergenerational cycle of poverty and disadvantage,” UNICEF Executive Director Anthony Lake said. “But it doesn’t have to be this way. We know how to slow, stop, and reverse it into a virtuous cycle of intergenerational progress. It is up to us to decide to do so through more commitment and resources. We must make this moral, pragmatic, strategic…and fair…choice.”

For every child, a fair chance makes the case for closing persistent gaps in equity, arguing that investing in children, particularly the most vulnerable, is right in principle and right in practice – and that such investment brings multiple benefits not only to children but also to their families, communities and economies.

“In just over a generation, the world has cut child death rates by half, put over 90 per cent of children in primary school, and increased by 2.6 billion the number of people with access to safe water,” said Lake.

“Yet children make up almost half of the world’s poor, nearly 250 million children live in conflict-torn countries, and over 200,000 have risked their lives this year seeking refuge in Europe.”

An impressive team of UNICEF Ambassadors are raising their voices or activating their social media networks to help spur action for the world’s most vulnerable children as part of UNICEF’s "Fight Unfair" campaign.

“It is shocking to think that one in nine children lives in a country affected by armed conflict, witnessing horrific violence and having their rights to survival, health and education destroyed,” said British actor and UNICEF Goodwill Ambassador Orlando Bloom. “I travelled with UNICEF to the former Yugoslav Republic of Macedonia and Serbia to see the how war is driving children and their families from their homes.”

As agitation, disaster, lawlessness and conflict continue, Nepalese society is also heading towards intolerance. “I agree that the rights of children are violated in Nepal. The government is serious to work with all international agencies and local agencies to protect the children and safeguard them,” deputy prime minister and minister of Women, Children and Social Welfare C.P. Mainali told New Spotlight. “UNICEF’s report is an eye-opener for us.”

Nepal And India Will Meet On August 18 To Discuss Development Issue By News Desk 8 hours, 15 minutes ago

Prachanda And His Group’s Activities Are Disgraceful: DPM Pokharel By NEW SPOTLIGHT ONLINE 3 days, 8 hours ago