Pancheswor Is A Main Agenda of PM Deuba’s India Visit

Although it is yet to be announced officially, it is reported that Prime Minister Sher Bahadur Deuba will embark on a five-day state visit to India on August 23. 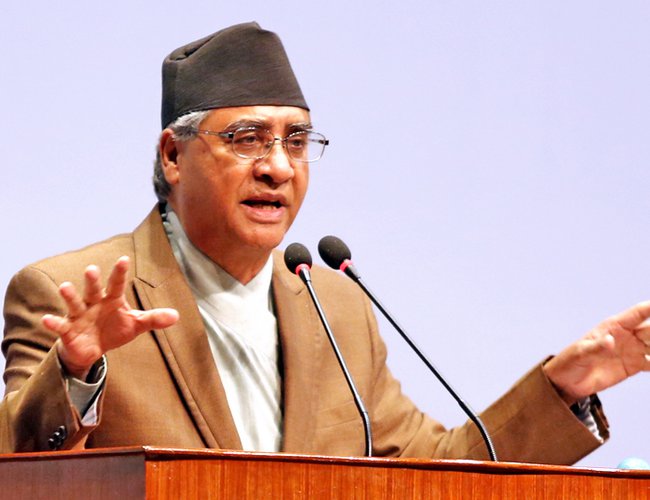 Although it is yet to be announced officially, it is reported that Prime Minister Sher Bahadur Deuba will embark on a five-day state visit to India on August 23.

Deuba's visit to India will focus on implementing the past accords that were signed during his earlier visits in 1996, 2002 and 2004 as the Prime Minister. It is reported that  Prime Minister Deuba will press for the implementation of Pancheshwar Multipurpose Project (PMP). He will also talk about other energy and infrastructure related projects.

The PMP is a bi-national hydropower project to be developed in Mahakali River bordering Nepal and India. Development of PMP and is covered under integrated Mahakali Treaty signed between the two countries according to which, equal sizes of underground power house will be constructed on each side of Mahakali river in India and Nepal.

Both sides had called for a plan of action for the early commencement of the Pancheshwar Multipurpose Project. But the detailed project report is yet to be completed, the daily said.

"Time has come for both sides to find out why there has not been desired progress on several understandings reached in the past," said Dinesh Bhattarai, Foreign Relations Adviser to Deuba quoted in New Indian Express.

Nepal Is Committed To End All Kinds Of Discrimination: Foreign Minister Gyawali By Agencies 49 minutes ago