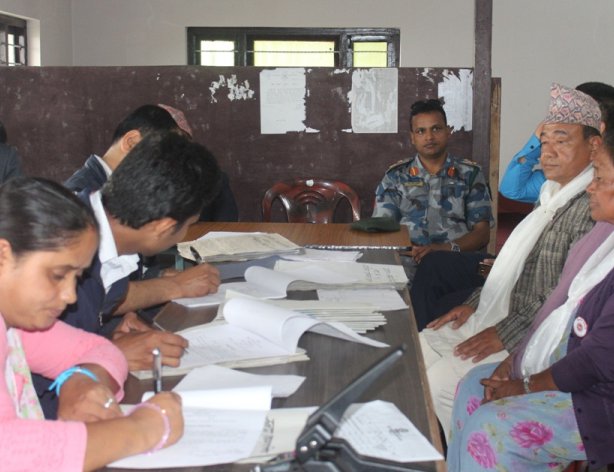 Candidates’ election expenditure for the upcoming elections to the House of Representatives and State Assemblies is to exceed Rs 10.5 billion.

A total of 5,293 candidates are competing under the first-past-the-post (FPTP) system in the twin elections scheduled for November 26 and December 7 in two phases.

Likewise, the number of candidates for both elections included in the proportional representation (PR) stands at 6,094.

The Election Commission (EC) has allowed every FPTP candidate to spend Rs 2.5 million for the election.

This amount is really a big budget, EC said. More, it does not seem that candidates do spend remaining under the ceiling and their expenditure for the purpose of elections will likely to go higher.

Likewise, 110 members shall be elected to the House of Representatives under the PR system. A political party is permitted to spend Rs 200 thousands per candidate on the basis of number of candidates in the closed list.

Rs 220 million will be spent if only the expenses for the elected posts are to be taken into account according to this. However, all the political parties have submitted the maximum number of candidates towards the proportional representation election to the Election Commission. This expenditure will likely increase several times.

The political parties have submitted the list of candidates for the 220 posts towards the proportional representation election. Even if 220 candidates are counted, their total election expense comes to be Rs 330 million at the rate of election expense of Rs 150 thousand per candidate. But as per the Election Operation and Management Training resource handbook, the political parties are required to file candidacies to at least 10 per cent of the total number of members elected through the PR system. This means that expenditure under this heading is also going to be high.

Likewise, the number of candidates in the people with disabilities category, 158 are male, 115 females and one in the ‘others’ group; and 107 male and 122 females in the candidates from the ‘ backward region’ category of the PR closed list.

Out of the 88 political parties registered for the House of Representatives and State Assembly elections purpose, 49 parties had submitted the closed list of candidates towards the PR system for the House of Representatives election while 53 parties submitted it also for the purpose of the State Assembly election purpose, according to the Election Commission.

According to a news item carried out by Rashtriya Samachar Samiti, the House of Representatives and State Assembly elections are being held in two phase on November 26 and December 7.

Nepal Extends Lockdown Until June 14 And Suspended All Flights Till June 30 By NEW SPOTLIGHT ONLINE 8 hours, 6 minutes ago

More Than Half A Million Nepali Foreign Migrant Workers Registered For Repatriation By NEW SPOTLIGHT ONLINE 21 hours, 8 minutes ago