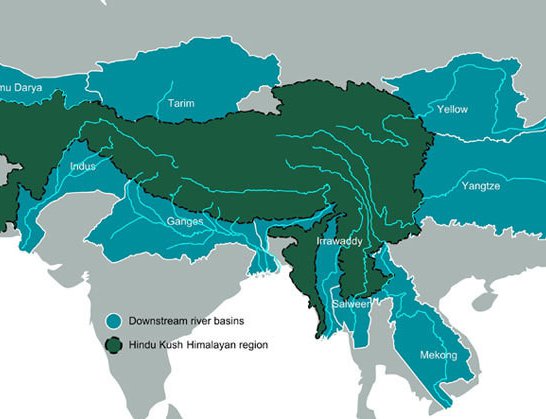 The countries in the Hindu Kush Himalayan region and other supporting organizations have agreed to work in collaboration to mitigate the risk caused by the melting snow taking place in the region due to climate change impact posing to the inhabitants and the biodiversity.

According to a news item of RSS, the representatives from different organizations and the countries of the region reached this consent in the high level side event the International Centre for Integrated Mountain Development (ICIMOD) hosted in coordination with the German Federal Ministry for the Environment, Nature Conservation, Building and Nuclear Safety (BMUB), during the ongoing 23rd session of the Conference of the Parties (COP 23) at the UN Climate Change Conference here.

The high level side event was held on Wednesday on the theme – ‘Cooperation for Building Resilient Mountain Communities’.

ICIMOD had organised the side event to draw attention to a range of mountain-specific climate change-related issues and their impacts on the ecosystem of the Hindu Kush Himalayas. This side event with panelists consisting of ministers from the HKH region and developed countries highlighted the cooperation in mitigating to and adapting to climate change.

In the programme, Germany’s Federal Minister for the Environment, Barbara Hendricks said that the German government would provide support for conducting adaptation activities in the Hindu Kush Himalayan region to mitigate the effects of climate change as the region is a repository of food grain, energy, water, culture and biodiversity.

Stressing that the countries in the region — Nepal, Bhutan, Pakistan, India, among others — should work in concord by sharing their experiences regarding mitigating climate change risks, she said ICIMOD has an important role to this end.

Pakistan’s Minister for Climate Change, Mushahidullah Khan said the direct effects of climate change have been observed in various sectors in Pakistan and that his country was ready to work in coordination with neighbouring countries for mitigating this effect.

ICIMOD director general, David Molden said that ICIMOD has been carrying out various researches and studies on reducing the impact of climate change in the Hindu Kush Himalayan region, besides supporting the governments in the region in formulating climate change risk mitigation policies and plans.