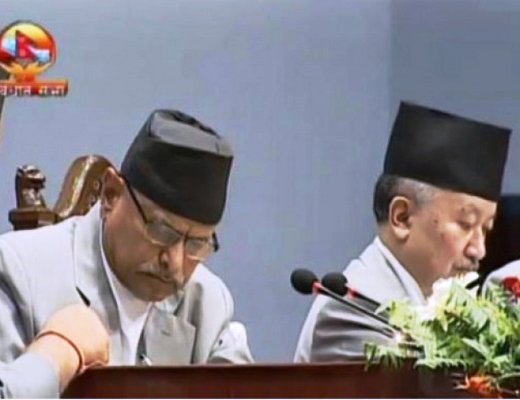 The landlord of a house, where the first President of the Federal Republic of Nepal Dr Ram Baran Yadav is residing, has issued a public notice asking Dr Yadav to vacate his residence within 15 days.

Landlord Bista has issued a 15-day notice in Gorkhapatra National Daily on Monday stating that the house rent is not paid from the beginning of the current fiscal year and the contract agreement was also not renewed.

However, landlord Bista could not be directly contacted as he was in the United States.

According to the family source of Bista, they were compelled to issue the public notice as their pleas to pay the house rent were unheard by the former President and Office of the President.

As per the cabinet decision, the house rent of the last fiscal year is paid reports RSS.