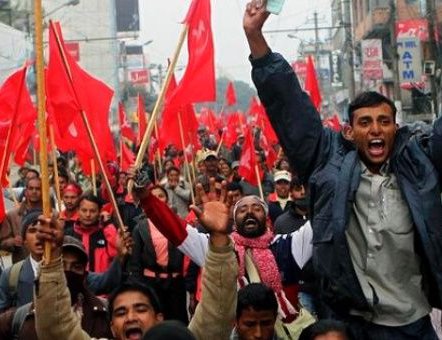 Amidst much fanfare, Nepal went into historic polls on 26 November and 7 December. The election results which were announced shortly after saw the Left Alliance registering a sweeping victory. The elections saw a lot of excitement among people and were being watched closely by experts and politicians alike. But it was also being watched closely across the northern and southern borders by two of Nepal’s giant neighbors.

New Delhi and Beijing keeping a close watch on the developments in Nepal is natural. But the circumstances were different this time. New Delhi and Beijing had deeper concerns this time because of multiple reasons - firstly, the legislative elections in Nepal were being held after more than a decade and a half. This duration has seen some remarkable developments in Nepal including the end of the Maoist insurgency and the overthrow of monarchy. Secondly, coalitions forged just before the elections were seen to be friendly to either of the neighbours - the Left alliance to China and the Congress led Democratic alliance to India.

The reaction to Left Alliance’s win in the Indian media was treated with a pint of skepticism and fear. As the election commission declared the results, Scroll.in, a reputed Indian news website wrote, ‘This is not good news for India (in reference to the Left alliance win), which has long exerted an influence on the mountain-country’s politics and economy. The Left coalition, which will now take office, is likely to lean far more towards China than the incumbent Nepali Congress, the grand old party of Nepali politics.” Another popular news website Livemint, quoting former foreign secretary Kanwal Sibal stated, “The Leftists coming to power and especially with Oli as prime minister, will make the management of our diplomatic relations with Nepal more difficult and complicated”. Sachin Parashar from the Times of India wrote that ‘for India, which is already faced with increasing Chinese presence in the region, the challenge would be to ensure that Nepal under Oli doesn't turn into what Sri Lanka was under its former president Mahinda Rajapaksa’. As it became clear that the Left Alliance had started taking a lead, the Indian Express published an editorial entitled Tread Softly’ (in reference to Nepal’s election results) adding that Delhi should leverage its soft power more in its foreign policy relation with its Himalayan neighbour.

The reaction on Chinese media was, as expected - monitored, minimal and contradictory to that of India. An oped published on Global Times, China’s leading daily, said that it was expected that “the construction of the Jilong (Kerung)-Kathmandu railway, the upgrading of the Araniko highway and Syabrubensi-Rasuwagadi highway, and the resumption of dry ports in Zhangmu ( Khasa) and Tatopani, the full operation of Jilong (Kerung) and Purang ports will be accelerated during the tenure of the next government led by Oli.”. Quoting experts, another news on the Global Times, said that pro-China Nepal PM (referring to KP Oli) would help economic ties between Nepal and China. Much of other Chinese media remained rather mum.

With the Left Alliance stating that it would opt for a ‘balanced’ foreign policy, it remains to be seen whether the upcoming government will stroke further fears for India or stick to its words.