Access to clean, affordable and reliable energy is key to the transformation of life of poor people. With innovation in renewable energy and new financing scheme, access to energy has radically increased in the year 2017. Practical Action's 2017 edition of the Poor People's Energy Outlook (PPEO) finds that the livelihood of poor people has improved drastically throughout the world and Nepal is no exception 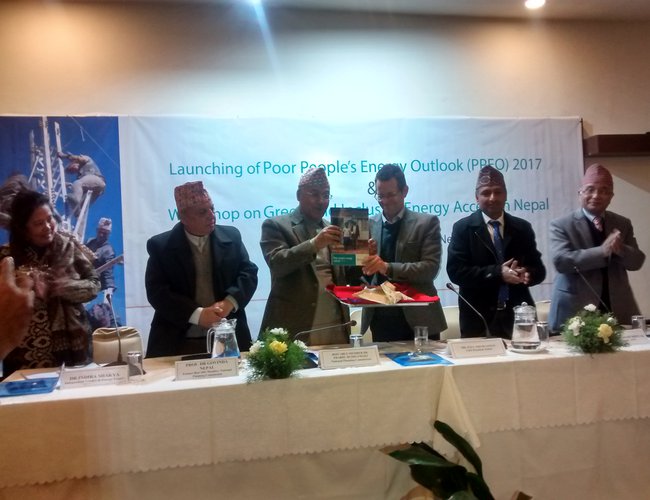 Kum Maya Gharti Magar and Nishi Laghu Uddham, Sisno Powder Udhyog, Nishi Baglung are happy to show their products in Annapurna Hotel as the products were possible thanks to energy supplied by micro-hydro.

Although central grid is connecting the rural parts of Baglung and Myagdi districts, local communities still want to keep their almost fifteen-year-old micro-hydro because it has been their lifeline. Along with generating power, the energy generated by the micro-hydro is now used to run the small micro industries and businesses.

A micro-hydro plant of Barpak, an epicenter of earthquake 2015, built two decades ago, supplied the electricity even during the devastating earthquakes. As it was crucial for earthquake rehabilitation, communities restored it in just a matter of a month. Built with the support from Practical Action, the micro-hydro of Barpak is a good case of how energy transforms the livelihood and helps people recovers from natural disaster.

Recently, with support from Asian Development Bank and Alternative Energy Promotion Center (AEPC), a solar-wind hybrid has been installed in Chisapani of Hariharpur Rural Municipality Ward 1, with a capacity of over 80-kilowatt power to 83 households.

There were jubilations and celebrations. Disconnected from the central grid, the power generated by the solar wind hybrid is likely to transform the livelihood of the local people.

Next to the village in Bhorletar, Ward No 2 of Bagmati Rural Municipality, AEPC supported solar and wind mixed renewable energy has been supplying the energy to over 100 households.

These are a few examples of how renewable and alternative energy is penetrating Nepal’s hinterland to improve the livelihood. Along with micro-hydro, Practical Action has been supporting rural Nepal install wind power, solar and hood stoves. One of its wind power plants in Nawalparasi district is a model case.

With no other sources of energy, rural Nepali use firewood for cooking and heating homes, not knowing that burning these fuels creates toxic smoke which fills their houses and becomes lethal.

Although Nepal has seen progress in the renewable energy sector, the grim reality is that twenty-two percent of Nepalis have no access to electricity.

Nepal government has expressed its commitment to provide electricity access to 99 percent households and increase the share of renewable energy to total energy consumption to 50 percent by 2030 but there is a huge investment gap.

Experts argue that the current level of investment cannot meet the ambitious target. Nepal has so many good examples of expanding renewable energy. However, majority or 74.4 percent of households dependent on solid biomass fuels including fuelwood, agriculture residue and animal dung and 45.67 percent are still using traditional stoves.

As Nepal is moving ahead with the promise, recently launched Practical Action's 2017 edition of the Poor People's Energy Outlook (PPEO) reveals many interesting phenomena.

The report highlighted distributed technologies (mini-grids and stand-alone systems) are the least cost solution for meeting the needs of a majority of those remaining unconnected.

“Currently, 4.3 million people globally every year – mainly poor women and children – die as a result of breathing in smoke from cooking indoors. Globally, more than 3 billion people continue to cook on a basic open fire. One billion people are still without access to modern energy, preventing them from reaching their full potential and emerging from poverty,” said the report.

In Nepal, still around 22 percent of the population has no access to electricity. The new PPEO report considers how to best finance national integrated energy access plans based on analysis of the markets and consultations with energy-poor communities.

Chaired by Paul Smith Lomas, CEO of Practical Action, the program had Dr. Prabhu Budathoki, Member of National Planning Commission (NPC) as the chief guest. Addressing the program, Dr. Budathoki said that the government will increase the annual budget to meet the target.

A key part of the energy story of tomorrow is the importance of bottom-up approach, said Practical Action's CEO Lomas addressing the program,

Dr. Shrestha commented on the book saying, "Traditional energy planning does not consider the affordability of poor people and ignores the role of the demand side."

“Nepal has made a remarkable progress in the renewable energy sector. Of course, there is still fund gap,” said Ram Prasad Dhital, Executive Director, and AEPC.

Sharma showed the state of Nepal’s renewable energy and way to address the challenges. “Since there are new innovations and technologies, the energy gap will be ending.”

Thanks to the innovation of simple technology, Practical Action has been implementing across the world, including in Nepal, the smoke hood which sits over the fire, drawing smoke straight out through the roof. “Combined with an improved biomass cook-stove, this project is delivering clean, efficient and safe cooking solutions to rural households,” said Practical Action.

Lack of electricity can be detrimental to people's lives because energy is essential to community facilities such as schools and health centers. In rural parts of Nepal such as Dhaulagiri, Practical Action has already installed micro-hydro plants. This project will focus on supporting these plants by providing technical assistance and establishing new rural livelihood activities.

Practical Action is working in promotion of the use of energy in livelihood activities for higher productivity and efficiency.

Nepal’s experience has also shown that all energy should have commercial viability and financial sustainability of livelihood activities and with the possibility of routine repair and maintenance.

According to the report, poor families in developing countries like Nepal are being denied access to basic technology and services by financial systems which fail to bring them modern energy. These findings are the first to emerge from the Practical Action's 2017 edition of the Poor People's Energy Outlook (PPEO).

The findings also point that for preference for clean cooking fuels and technologies, national financing must rise to levels comparable with those for electricity access.

The report said that in pre-commercial markets (for both distributed electricity and clean cooking), public-sector support is needed for rapid market activation and closing the affordability gap.

“This can account for a substantial part of the costs of provision. Financing systems can and should actively promote gender equity in energy access, which is critical for more sustained, appropriate and equitable solutions,” said the report.

According to the report, 4.3 million people globally every year – mainly poor women and children – die as a result of breathing in smoke from cooking indoors. Globally, more than 3 billion people continue to cook on a basic open fire. One billion people are still without access to modern energy, preventing them from reaching their full potential and emerging from poverty.

The situation of Nepal is also alarming. In Nepal, around 22 percent of population has no access to electricity.  The Energy program in Nepal plans to increase access to energy in lighting, and clean and efficient technologies for cooking, benefiting 150,000 rural populations.

In Nepal, Practical Action started its work during 1979 focusing on leveraging large scale change to contribute to poverty reduction, technology justice and sustainable wellbeing for all.

The Poor People's Energy Outlook series (PPEO) was launched in 2010 to shine light on energy access from perspectives of the poor.

The series challenges energy sector's focus on energy resources, supply and large scale infrastructure projects; emphasizing instead that it is energy services which matter most to poor people, and that decentralized approaches are the best way to achieve universal energy access.

Distributed technologies (mini-grids and stand-alone systems) are the least cost solution for meeting the needs of majority of those remaining unconnected. Based on communities' preference for clean cooking fuels and technologies, national financing must rise to levels comparable with those for electricity access.

The PPEO 2017 has highlighted how each nation differs in its technological needs and preferences, demand levels, willingness to pay and costs of provision; and also in the maturity of its markets. For Nepal, PPEO 2017 is a document to look at. 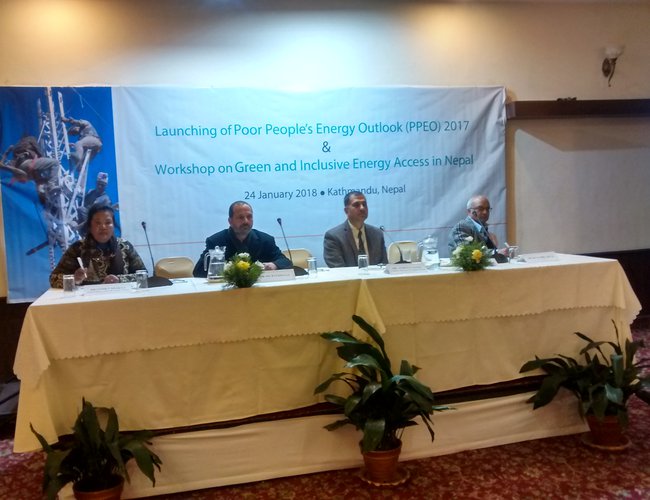 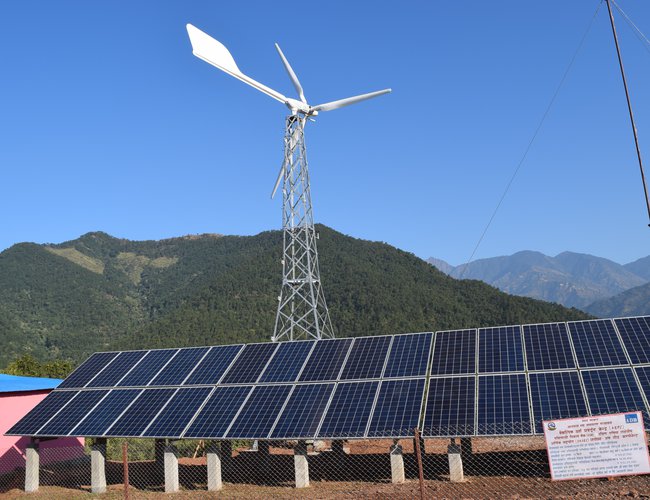 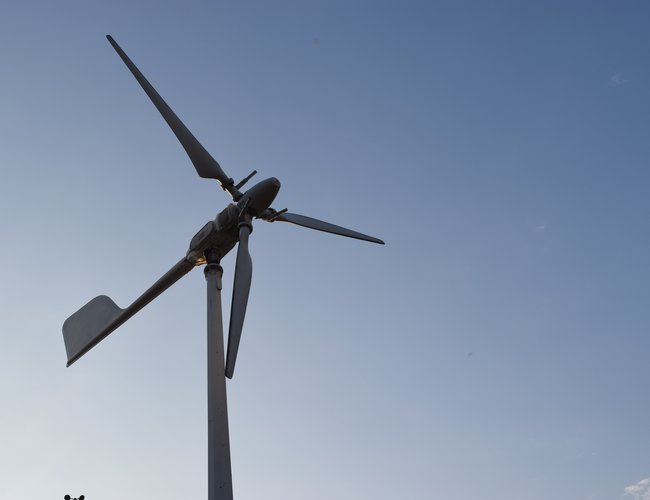 EP DELEGATION Visit For Cause By A Correspondent 11 hours, 23 minutes ago