PM Oli Garners Majority Of Vote Of Confidence From HoR

PM Oli Garners Majority Of Vote Of Confidence From HoR 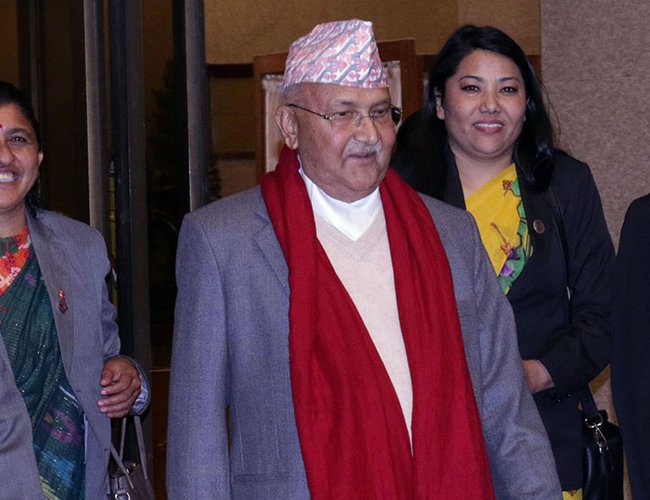 Prime Minister KP Sharma Oli has bagged majority of vote of confidence from the House of Representatives on Sunday.

Out of 268 present in the session, Prime Minister KP Sharma Oli has secured 208 votes of confidence from the House of Representatives on Sunday evening.

59 lawmakers from Nepali Congress, the main opposition party, and one lawmaker from Nepal Workers Peasants Party have voted against the confidence motion.

Naya Shakti Nepal's leader Baburam Bhattarai and RJPN lawmaker Resham Chaudhary missed the voting. Bhattarai is out of country and Chaudhary is in charged of alleging the mastermind of Tikapur incident.

Speaker Krishna Bahadur Mahara concluded the meeting and announced next meeting of the current session will commence on Friday, March 16.

FAO’s Asia And the Pacific Nations To Hold Regional Conference In Virtual Mode In September By NEW SPOTLIGHT ONLINE 14 hours, 24 minutes ago