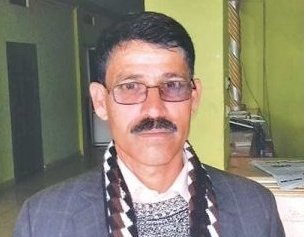 After proving  a majority in the provincial parliament, Chief Minister Trilochan Bhatta, of Province 7, has stated that the province will be prosperous with the proper use of the natural resources.

Speaking at a program organized in Kathmandu, CM Bhatta stated that Province-7 is rich in natural resources and they should be utilized. He said, “We need to do nothing much to get rich if we use our natural resources in a proper way.”

Bhatta stressed on tapping forest products, medicinal herbs, hydropower, and managing other necessary resources for the development of the province while recognizing the important role of private sector in this regard.

There are many more challenges, too, due to the preliminary phase of provincial practices, CM Bhatta added and said, “We have to formulate various laws to run the provincial government.”

CM Bhatta, in another context, expressed the viewed that the private sector had a role in making the province prosperous. He said his province would make efforts to make the necessary laws for creating an atmosphere conducive to investment.

Chief Minister Bhatta also said that a 'help desk' would be set up in approaching the federal government to control of human trafficking, which is on the rise due to the open border with India.

Speaking on the issue of witchcraft in Kailali, CM Bhatta said that the accused must be punished. He said the provincial government would enact harsh laws to deal with such problems. "Only making stringent laws would not solve these kinds of crimes. We will also instruct the civil administration to curb this crime,” CM Bhatta said.

CM Bhatta has also instructed the security bodies to be on the alert.

CM Bhatta returned to Dhangadhi after participating in the president's election held in Kathmandu. Immediately after returning, he summoned the security officials to his office to get updates on the current security situation and instructed them to tighten security, according to the Office of Chief Minister.

“The provincial government is very serious about the security of our people,” said CM Bhatta. “As security risk is increasing, I felt the need to instruct the security bodies to tighten security,” he added.

NCP FEUD Beginning Of End By A Correspondent 2 weeks, 4 days ago