Ranipokhari's Reconstruction To Resume On May 15

The Ranipokhari reconstruction work which stalled following a dispute over the use of modern materials will resume on May 15. 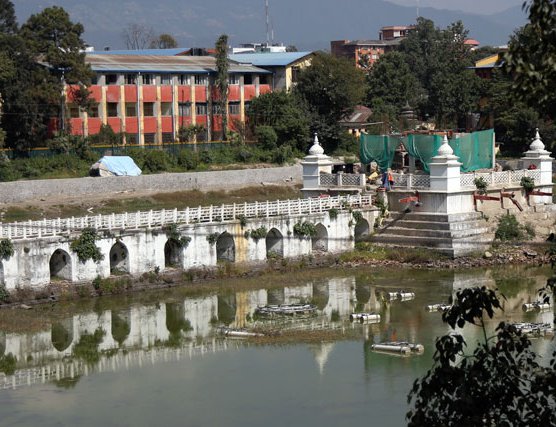 The Ranipokhari reconstruction work which stalled following a dispute over the use of modern materials will resume on May 15.

As per the latest decision the modern materials will be removed in the next three weeks to resume the reconstruction work, said Kathmandu Metropolitan City's Information Official Basanta Acharya.

"All the construction materials being used for reconstruction will be removed in a few days time, and there have been discussion among the KMC officials to resume construction from May 15," Acharya shared.

The decision follows complaints that new construction materials being used for reconstruction of the historic pond damaged during the Gorkha earthquake would mess up the traditional ambience of the pond.

According to Rastriya Samachar Samiti (RSS), the reconstruction work remained on halt for the past three months after pressure from the local residents calling for reconstruction in the traditional style.

Minister Adhikari has urged all to remain supportive of the work undertaken by the metropolitan city as the heritage management would be held under the supervision of the local government.

"Our goal is to preserve the heritage, we must talk about the criteria, hold agreement and start reconstruction based on a standard," Mayor Shakya said.

The historic pond dating back to around 400 years was damaged during the earthquake on April 25, 2015.

PM Oli, Dahal And Deuba Agree To Work On The Basis of Consensus By NEW SPOTLIGHT ONLINE 1 day, 3 hours ago