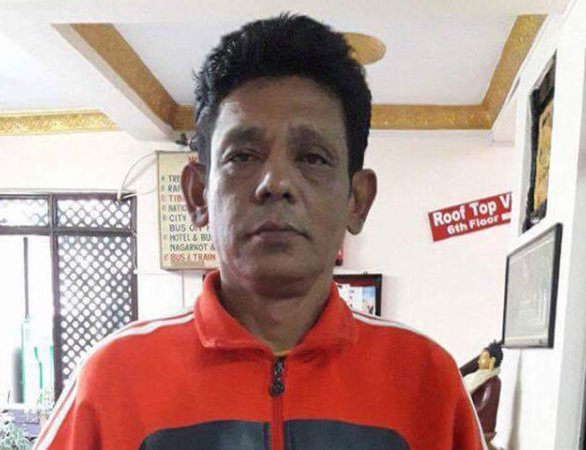 Shah started football from Manang Marsyangdi Club and played a key role to promote Manang Marsyangdi from D to A division. All his contemporary national players regard him as a very friendly player of Nepal. He always played in the team spirit. His goal helped Nepal lift Football gold at Dhaka South Asian Games in 1993.

Nepal’s legendary footballer Shah passed away while undergoing treatment at the Norvic International Hospital in Kathmandu. He was 51.

Mani, who was brought to the hospital with chronic liver cirrhosis was admitted to the GICU (General Intensive Care Unit) in the hospital. He died of liver failure, the official said.

Shah rose to fame with his dazzling performance in 1993 South Asian Games (SAG) in Bangladesh, where Nepal clinched gold medal after defeating arch rival India in the final.

His father, who himself was a great football fan, promoted his son supporting him in all his efforts.

At times, Shah was compared to Dieago Maradona of Argentina because of his unbelievable footballing skills and debuted for National team in the tender age of 18 years. Born in 1967 in Kaldhara Kathmandu, left footer Shah rarely missed the score when he found the ball in D area. His dribbling capability was so strong that his opponents found it hard to snatch the ball from his foot.

He always made opponents panic whenever he found the ball in the opponent territory. Under his leadership in front, Manang Marsyangdi Club won several football tournaments.

Niranjan Koirala Is No More By A Correspondent 1 month, 3 weeks ago

In Memory Of Dr. Sukhdev Shah By Ambika P. Adhikari 4 months, 2 weeks ago

Yagya Prasad Acharya Is No More By NEW SPOTLIGHT ONLINE 5 months, 1 week ago