Murder convict Bal Krishna Dhungel along with 816 jailbirds walked free after receiving Presidential Pardon by Bidhya Devi Bhandari on the 11th Republic Day of the country. 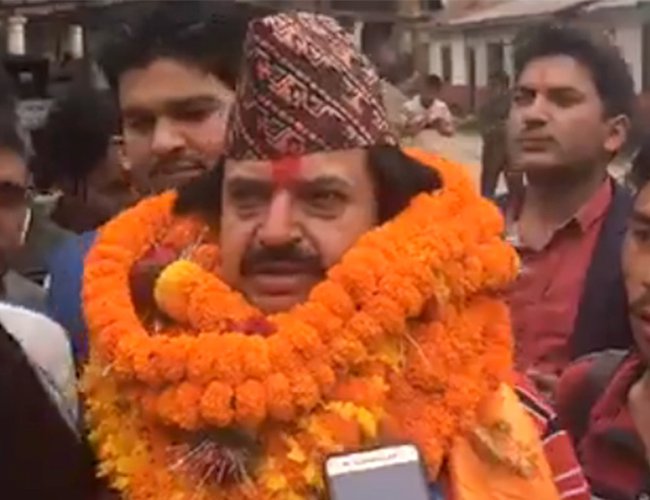 Murder convict Bal Krishna Dhungel along with 816 jailbirds walked free after receiving Presidential Pardon by Bidhya Devi Bhandari on the 11th Republic Day of the country.

Dhungel along with other inmates were recommended by the government for a pardon for ‘good behavior’ during their time in prison by stepping on the article 276 of Constitution of Nepal.

Earlier, the Supreme Court (SC) had directed the government to furnish the original documents on the decision the government is said to have taken for the release of Bal Krishna Dhungel, who is serving a jail sentence after being found guilty on a murder case.

According to My Republica, the division bench of Justices Meera Khadka and Tanka Bahadur Moktan made such direction to submit the original files as the hearing on the case on whether to issue the interim order was not completed on Monday.

On Thursday, senior advocate Dinesh Tripathi lodged a writ petition at the SC demanding to scrap the 'government's decision' to award amnesty to Dhungel on the Republic Day.

A single bench of Justice Dipak Kumar Karki on Friday had directed both the sides to appear in the SC within 24 hours, along with the reason to grant amnesty to Dhungel.

NCP FEUD Beginning Of End By A Correspondent 1 week, 4 days ago

NCP FEUD The Beginning Of The End By NEW SPOTLIGHT ONLINE 3 weeks, 4 days ago